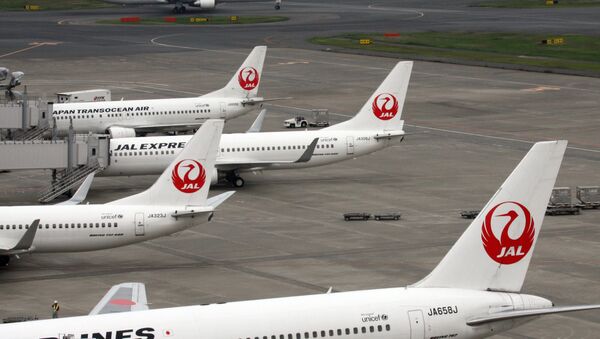 Two Japanese airlines, All Nippon Airways (ANA) and Japan Airlines (JAL) altered the routes of several of their flights out of fear that the planes could be damaged during the rocket launch planned by North Korea, a local television channel reported Friday.

Japan Duly Worried by North Korea's Erratic Rockets
TOKYO (Sputnik) – On Tuesday, the International Maritime Organization (IMO) confirmed it had received North Korea’s notification of plans to launch a satellite between February 8 and 25. Japan suspects the North is planning to launch a long-range missile.

The ANA and JAL route changes apply to flights between next Monday and February 25, the launch window announced by North Korea, Fuji Television Network reported.

It is expected that the second stage of the rocket may fall somewhere in the flight paths Tokyo-Manila and Tokyo-Jakarta, according to the broadcaster. The airlines have developed detours that avoid such areas, but which will increase flight times by 5-10 minutes.

North Korea previously reported a successful satellite launch in 2012, in violation of a UN Security Council resolution. The resolution bans Pyongyang from launching rockets that may be used as long-range ballistic missiles carrying nuclear warheads.