US Industrial Orders Slump Bats Investors' Worries Back Across Atlantic 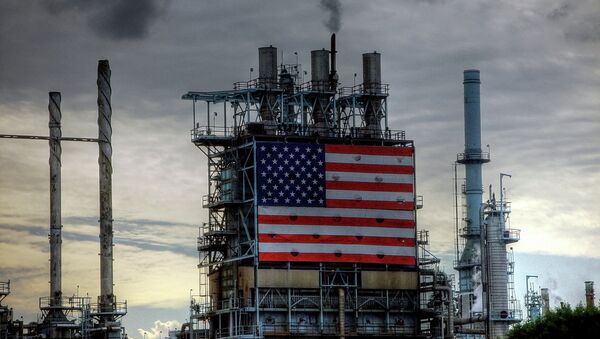 The US economy diverted investors' worries from Chinese growth figures, after the Department of Commerce reported a sharp fall in durable goods orders in December.

North America’s Manufactures Face Risks of Industrial Recession - Moody’s
After recently released figures from China showed slow growth during 2015, investors' economic worries returned across the Atlantic on Thursday, when US data showed a sharp slump in industrial orders for a second straight month.

According to figures from the US Department of Commerce, orders for long-lasting manufactured goods dropped 5.1 percent in December, following a 0.5 percent decline in November.

New orders to US factories for durable goods such as aircraft, cars and other items which are intended to last for at least three years are seen as a proxy indicator for business spending in the US.

Yuan Devaluation Could Boost China's GDP - Brazil's BRICS Bank Vice Pres.
Orders for durable goods have fallen in four of the past five months; after rising in June due to strong bookings for passenger airplanes and in July driven by demand for automobiles and military hardware, orders then declined by 0.2 percent in August.

With the exception of a three percent rise October orders, driven by demand from the heavily fluctuating aircraft category, in November and December the downward trend has continued.

The $12 billion slump in December, bringing orders down to a seasonally adjusted total of $225.4 billion, was partly due to a sharp 29.4 percent decline in demand for commercial aircraft. Orders for them dropped by 29.4 percent, including a slump in the value of Boeing aircraft orders.

The figures came as no surprise to analysts, who had predicted a struggle for US manufacturing exports due to global economic weakness, a rising dollar and the decline in oil prices, which cut investments in the oil and gas industry.