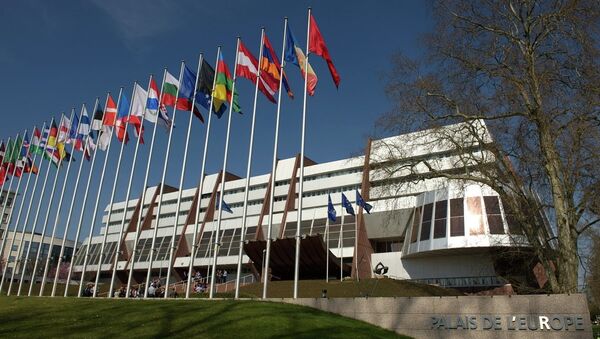 Moldova Deports Journalists Amid Growing Anti-EU Protests
STRASBOURG (Sputnik) – The Parliamentary Assembly of the Council of Europe (PACE) adopted a resolution ratifying the Moldovan delegation's credentials on Wednesday, requesting an updated and representative list of delegates.

"The Assembly decides to ratify the Moldovan parliamentary delegation’s credentials and requests that the Parliament of the republic of Moldova present the updated list of delegation’s composition, in line with Rule 6.2a of the Rules of Procedure, before the Assembly’s part-session in April 2016," the resolution says.

The PACE winter session is taking place on January 25-29. Its spring session is held on April 18-22.