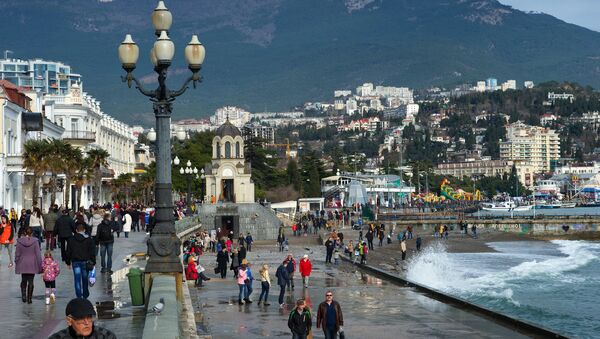 Indonesian President to Attend Russia-ASEAN Summit in Sochi
CAIRO (Sputnik) – French Parliament member Thierry Mariani plans to visit Crimea with a group of other lawmakers again and then visit eastern Ukraine before June in response to a recent “disgusting” resolution by the Parliament Assembly of the Council of Europe over the last trip to Crimea by the group, Russian Foreign Affairs Committee head Alexei Pushkov said Wednesday.

“The famous French deputy, Thierry Mariani, who came under criticism by PACE for his heading a delegation of French Parliament members who visited Crimea told me that in response to the PACE resolution, he plans on taking another trip with a number of French deputies to Crimea and also plans to bring them to Donbas by June,” Pushkov told journalists.

Pushkov said that Mariani’s plans are in response to Ukraine’s amendments that PACE accepted and shows that “it’s disgusting and that it cannot have any consequences for his own activities and those who believe it necessary to visit Crimea or Donbas.”

The Ukrainian amendment blacklists foreigners visiting Crimea or eastern Ukraine without Kiev’s permission as they are considered "occupied territories."