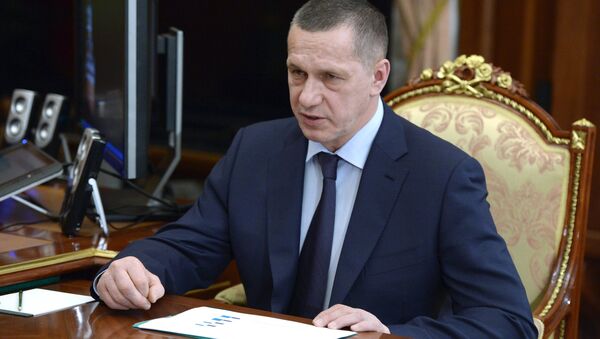 Representatives of European governments confided that they want the sanctions against Russia to be lifted promptly, Deputy Prime Minister Yuri Trutnev said Wednesday, commenting on the consultations he had at the World Economic Forum in Davos.

MOSCOW (Sputnik) – The Geneva-based WEF annual meeting is traditionally held between late January and early February in Davos. This year it was held on January 20-23.

"There was a series of meetings with counterparts from the European governments. There was two main issues on the agenda: their economies also incur losses due to the anti-Russia sanctions, they consider it necessary to organize the work so that these sanctions are lifted as soon as possible," Trutnev said at a meeting between the Russian president and the government.

Relations between Russia and the European Union went downhill in 2014 when Brussels joined Washington in accusing Moscow of fueling the Ukrainian crisis, imposing several rounds of sanctions against it.

The Russian authorities have refuted the allegations, warning that the Western sanctions are counterproductive. In response to the Western restrictive measures, Russia announced a one-year food embargo on products originating in states that imposed sanctions against it, in August 2014. The ban has since been extended.