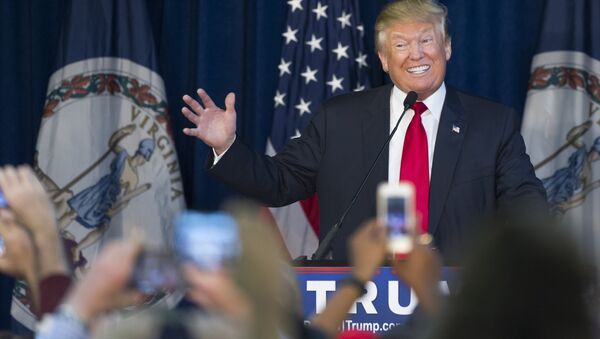 US presidential hopeful, republican candidate Donald Trump says that he is so popular he can shoot someone and not lose voters.

"I could stand in the middle of Fifth Avenue and shoot somebody and I would not lose any voters, okay? It's, like, incredible," Trump said on Saturday while addressing a campaign rally in Iowa as broadcast by the MSNBC.

The US presidential election is scheduled for November 8, 2016. At present, Trump is leading in all US polls by wide margins as Republican presidential candidate.

The billionaire real estate developer, a front-runner in the well-attended Republican race for presidential nomination in 2016, is notorious for making controversial comments about immigration, religion, race and gender equality.