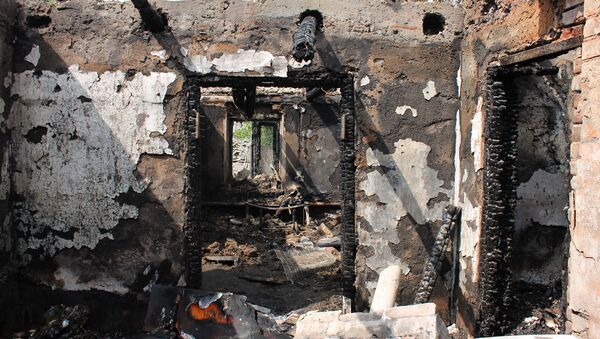 Ukrainian forces have shelled several settlements in the southeastern Donetsk region, despite the ceasefire agreed upon in Minsk, the Donetsk News Agency reports.

DONETSK (Sputnik) – There is no immediate information on damages or casualties, according to the source.

"At about 23:00 [20:00 GMT] Ukrainian servicemen started shelling the Trudovskiye settlement and the Alexandrovka settlement," a source in the security services of the self-proclaimed Donetsk People’s Republic (DPR) told the Donetsk News Agency on Wednesday.

Washington, Kiev Confirm Strategic Military Cooperation - Defense Ministry
The self-proclaimed Donetsk and Lugansk people’s republics (DPR and LPR), established in Ukraine’s southeast after the May 2014 independence referendums, have been calling for more autonomy from Kiev.

In February 2015, a peace agreement was signed between the two sides in the Belarusian capital, Minsk. The agreement has several provisions, including a full ceasefire, a weapons withdrawal from the line of contact in eastern Ukraine, and an all-for-all prisoner exchange.