From Going Dutch to Going Away: Refugees Are Leaving the Netherlands 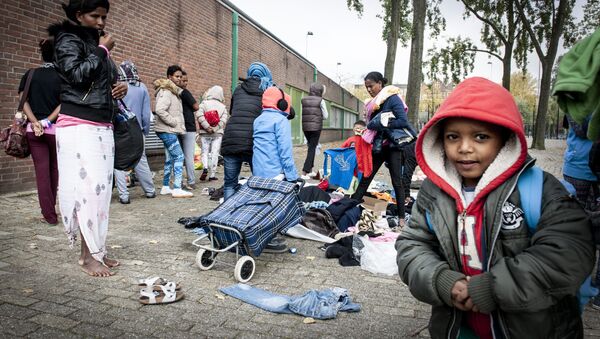 More and more asylum seekers have started to leave the Netherlands of their own free will, in a sign that they are disappointed with the country's system for granting asylum-seekers refugee status, according to the Dutch newspaper De Volkskrant.

Over 18,800 Migrants Arrive in Europe by Sea in First Days of January
In the past few months, more asylum seekers have voluntarily left the Netherlands, in what can be seen as a show of disappointment with the country's system on granting a refugee status, the Dutch newspaper De Volkskrant reported.

According to the newspaper, about 3,000 asylum seekers decided to leave the Netherlands in 2015.  The newspaper said that the main reason for disappointment was spending plenty of time for obtaining a refugee status and the possibility of a family reunification.

Police in the Netherlands clash with Protesters against housing #refugees. watch video. https://t.co/sJtokTVKgH

The De Volkskrant recalled that a year ago, it took the Dutch immigration authorities between four and six weeks to start dealing with an asylum application, while currently, a waiting period amounts to six months.

Refugees are fleeing The Netherlands. https://t.co/Fi0VajMj1s

The Dutch government warned in turn that the procedure for family reunification will be more complex and that the process may take about a year after the registration of a refugee status is completed. The government attributed the delays to the Immigration and Naturalization Service's inability to cope with the influx of asylum seekers.

Did you know the Netherlands provided shelter to 83.801 #refugees in Dutch refugee centers in 2001? In comparison to the current 47.764.

On January 18, it was reported that the Dutch riot police dispersed more than 1,000 demonstrators protesting the construction of a refugee facility in the city of Heesch.

Eastern Europe Finds Itself Stuck Between Refugees, EU Authority
In October 2015, Dutch Immigration Minister Klaas Dijkhoff warned refugees of the possible "austere reception" they are likely to get when arriving in his country. The official explained that it was impossible to tell on short notice where an asylum seeker would be granted a residence permit, and that family members could not be brought over unless the person succeeded in obtaining such a permit.

For his part, Dutch Finance Minister Jeroen Dijsselbloem said at the time that the Netherlands could spend 1.1 billion dollars in 2015 accepting asylum seekers, over three times as much as the government had predicted.