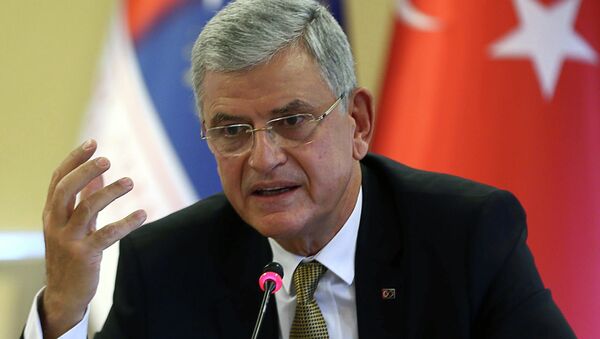 Ankara is waiting for Brussels to fulfill its promises under a deal with Turkey to curb the number of refugees fleeing to the bloc, Turkish Minister of European Affairs Volkan Bozkir said Wednesday.

EU 'Extremely' Worried Over Detention of Pro-Kurdish Academics in Turkey
ANKARA (Sputnik) – The European Commission set up a 3-billion-euro (almost $3.3 billion) fund for Turkey in November, of which some 500 million euros have been transferred to Ankara to help it bolster border security and accommodate some 2.2 million Syrian refugees already in the country to dissuade them from traveling to the 28-nation bloc. The rest of the money has still to be to contributed to the fund by EU member states.

On Friday, Italy protested against allocating funds from EU member states' budgets to Turkey and instead called for Ankara to be provided with 3 billion euros from the European Union’s common budget.