UN Chief Welcomes Freeing of Detainees by Iran, US 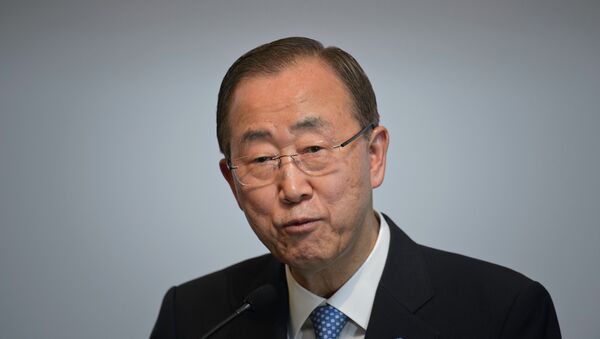 Ban Ki-moon welcomed the mutual freeing of detainees by Tehran and Washington.

“The Secretary-General welcomes reports of the release of a number of Americans who had been detained in the Islamic Republic of Iran, including Washington Post journalist Jason Rezaian, and of a number of Iranians held by the United States of America following an agreement between the two Governments,” the UN said in a statement published on its website on Saturday.

The statement added that Ban also heartened by the lifting of sanctions imposed on Iran.

Ban expressed the hope that the parties would move on to fully implement the Joint Comprehensive Plan of Action, according to the statement