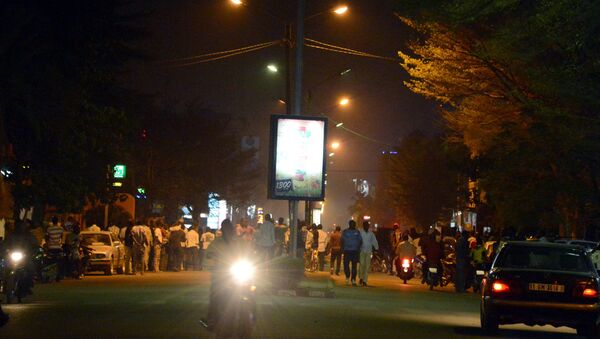 © AFP 2023 / AHMED OUOBA
Subscribe
International
India
Africa
Security forces in the capital of Burkina Faso are engaged with suspected Islamist militants after gunmen stormed a hotel and took hostages. A curfew has been put in place.

Gunmen stormed the Splendid Hotel in the capital city of Ouagadougou on Friday, burning cars and firing into the air. The head of the area hospital reports that at least 20 are dead.  At least 14 people have been wounded, with three in serious condition."

"At the restaurant that was attacked, six people were killed and multiple others were wounded," Honorary Consul of Russia in Burkina Faso Anna Rachina told RIA Novosti. "There are foreigners [among the dead], possibly Europeans and locals."

"It is continuing at this time. We are trying to know how many attackers they are to better coordinate our actions," a security officer said. "Hostages have been taken. The operation could take several hours."

The French Embassy in Burkino Faso has classified the incident as a "terrorist attack."

"Serious incidents happened this evening at around 20:30 in the perimeter of Kwame N'krumah Avenue, Cafe Cappuccino, Hotel Splendid," the embassy said in a statement. "In view of the circumstances, the Embassy of France recommends that you go to your home, avoiding the aforementioned perimeter."

The Cappuccino cafe-restaurant across the street from the hotel has also reportedly been targeted. The Splendid is an upscale hotel popular with Westerners. The hotel is also sometimes used by French troops with Operation Barkhane, an anti-terror unit based in Chad. 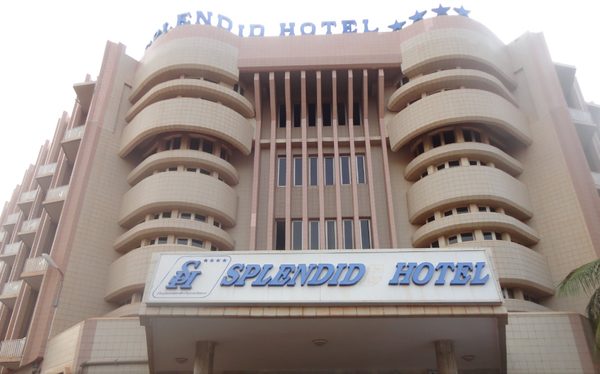