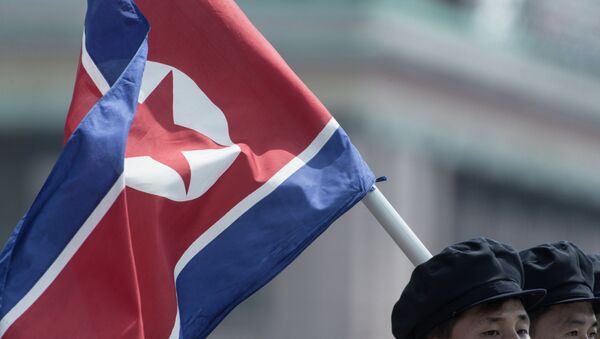 US Defense Trade Advisory Group member Lawrence Ward claims that US intensifying sanctions against North Korea in response to its recent nuclear test will unlikely lead to tangible results because Pyongyang has already completely isolated itself from the international community.

On Tuesday, the US House of Representatives overwhelmingly approved a bill to impose tougher sanctions on North Korea following its January 6 nuclear test.

"It is tough to see how tightened sanctions that further limit US person’s actions as to North Korea or that pull foreign persons within their jurisdictional scope would have much of a measurable impact," Ward told Sputnik on Wednesday.

Unlike programs with other countries, Ward noted, the United States has been hard-pressed to determine if past and existing US sanctions on North Korea have been effective given how isolated Pyongyang has become.

"Nearly the rest of the world has treated North Korea similarly to how the United States has… [and] North Korea has continuously taken steps to isolate itself from any and all allies," Ward observed.

The fact the Chinese government expressed anger with North Korea and its recent actions might be a good sign, Ward suggested, because Beijing is the only actor that can influence Pyongyang.

"Any formal response that China takes may well have an impact on North Korea because it is one of the few remaining ‘allies’ that North Korea has," Ward concluded.

On January 6, Pyongyang claimed it had carried out its first hydrogen bomb test, triggering condemnation from the international community which denounced the test as provocative and undermining stability in the region.