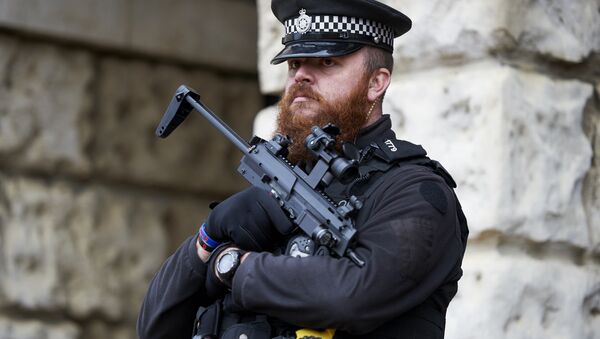 The London Metropolitan Police will increase the number of armed officers by 600 to help counter the threat of a terrorist attack, following the November 13 attacks in Paris, the police said in a statement on Thursday.

Couple Sentenced to Life for Plotting Terror Attack in London
MOSCOW (Sputnik) — At present, there are about 2,200 armed police officers in London. Scotland Yard reassessed its ability to respond to terror attacks after the attacks in Paris on November 13 killed 130 people.

"The Met will now start putting plans in place to raise the number of armed officers that we have by 600," Commissioner of the Metropolitan Police Service Bernard Hogan-Howe said, as quoted in the statement.

Hogan-Howe noted that although the move entailed high costs, it was vital for security.

According to the police chief, the threat that London faces "is likely to be a spontaneous attack that requires a fast response to deal with it."