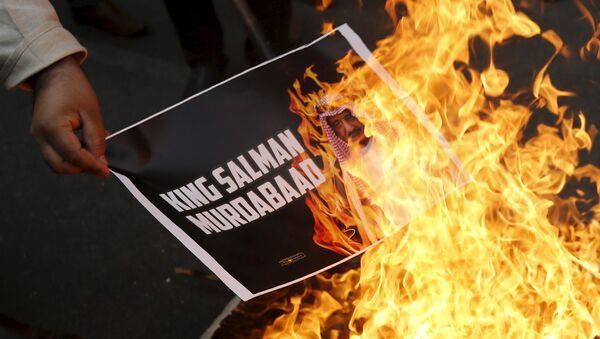 © REUTERS / Adnan Abidi
Subscribe
International
India
Africa
The rivalry between Saudi Arabia, led by a Sunni monarchy, and Shia-dominated Iran has long been one of the defining features of the Middle East, but it has recently deteriorated to a state that some describe as a cold war level of tension.

Although it was Riyadh that provoked outrage in Tehran by executing prominent Shiite cleric Nimr al-Nimr and then severed ties after protesters set the Saudi embassy on fire, the oil kingdom appears oblivious to the fact that the Islamic Republic is better suited to handle the cold spell in bilateral relations. 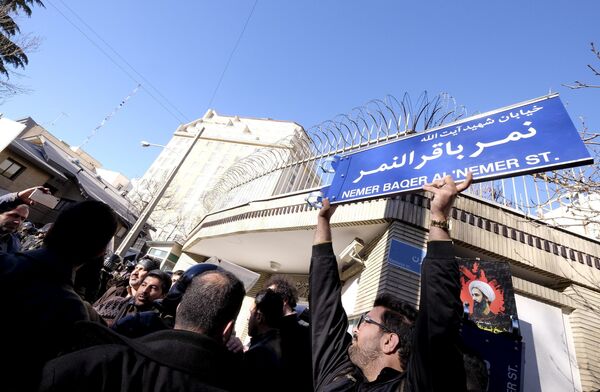 An Iranian protester holds up a street sign with the name of Shi'ite cleric Sheikh Nimr al-Nimr during a demonstration against the execution of Nimr in Saudi Arabia, outside the Saudi Arabian Embassy in Tehran January, 3, 2016
© REUTERS / Raheb Homavandi/TIMA

"What makes the Iran-Saudi cold war particularly fraught is that the Saudis do not recognize that the Iranians are actually in a better position to pursue serious brinkmanship," Payam Mohseni wrote for the National Interest. Mohseni heads the Iran Project at Harvard Kennedy School's Belfer Center for Science and International Affairs.

On the Brink of Crisis? Speculators Expect Devaluation of Saudi Currency
The analyst credited Iran with being "more pressure-resistant [than Saudi Arabia] due to decades of weathering strenuous foreign, economic and domestic political crises since the Islamic Revolution in 1979." In addition, Tehran has "more experience [in] and operational capability" for finding non-state allies in the region, while Riyadh uses "sympathetic local groups" as proxies.

Over the weekend, intelligence think tank Stratfor also called Saudi Arabia "no match" for the Islamic Republic, citing the sheer size of Iran's population and military as well as Saudi Arabia's dependence on oil as some of the reasons. The analysts, however, pointed out that Riyadh has tried to offset these disadvantages by creating regional alliances.

The falling oil prices (Brent oil briefly sank below $30 for the first time since 2004 on Wednesday) and political climate surely contribute to existing tensions, but Saudi Arabia's belligerence, according to Mohseni, indicates that the oil kingdom is trying to deal with what Riyadh perceives as recent strategic setbacks.

These challenges include Iran's nuclear deal, as well as the Islamic Republic's role in the fight against Daesh and support for Shiite forces in Yemen and Lebanon. Moreover, Tehran could improve relations with the West, particularly the United States, – a nightmare scenario for the Saudis.

"The painful truth for the Saudis is that the US and Iran are plausible strategic allies, whose once close relationship was disrupted by the Islamic Revolution. The US preference for Saudi Arabia in the Gulf was the result of Iranian intransigence and ideology, not any inherent strategic advantage possessed by the kingdom," professor of law at Harvard Law School Noah Feldman noted earlier this month.