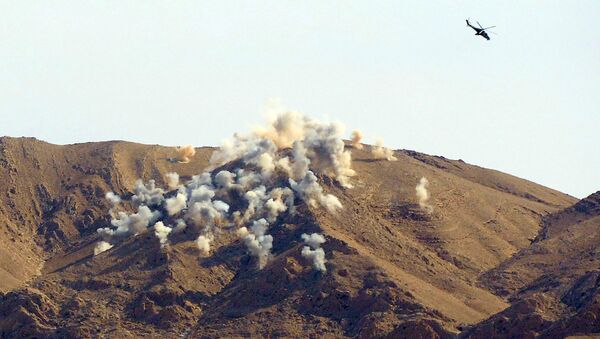 World
Iran Wants China More Involved in International Fight Against Daesh
MOSCOW (Sputnik) – China is concerned about a growing number of "Chinese-origin" terrorists within Daesh group, which is banned in a range of countries, including Russia and the United States, the newspaper said on Wednesday.

"The real question is whose side will they be on," a defense official was quoted as saying by The Washington Times, which suggested that Beijing will side with the Russian campaign against Daesh instead of joining forces with the US-led anti-Daesh coalition.

Daesh, a terrorist group, has seized vast areas in Iraq and Syria, becoming notorious for various human rights atrocities. The group has also claimed responsibility for a number of major terrorist acts, including the November 13 terrorist attacks in Paris.

Daesh is known for its successful recruitment of young members from across the world through social networking websites and the spread of online propaganda.