Suicide Bomber Behind Istanbul Blast Arrived in Turkey as Refugee 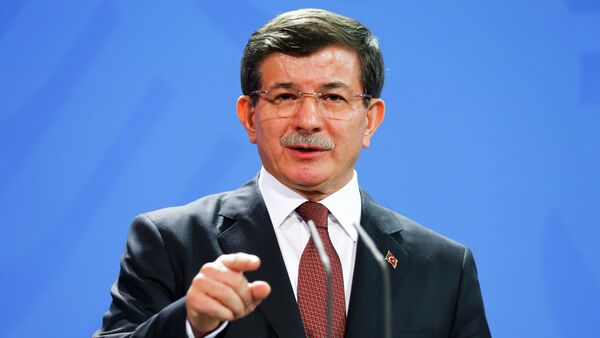 Turkey Police Detain 16 Daesh Militants Plotting Terror Attack in Ankara
MOSCOW (Sputnik) – On Tuesday, an explosion occurred in Istanbul’s historical center in the city’s central square. At least 10 German nationals were killed, while 17 people were injured during the accident.

"This man [suicide bomber] wasn’t under the supervision and suspicion of police. He arrived in Turkey as a refugee. After this attack, all his connections are being investigated," Davutoglu stated at a briefing in Istanbul, aired by the CNN Turk.

Meanwhile, Turkish media, citing a source in the police reported the attacker had Saudi citizenship and was trying to get a political asylum in Turkey.

A total of five individuals were arrested in connection with a suicide bombing in the Turkish largest city, according to the country’s authorities.