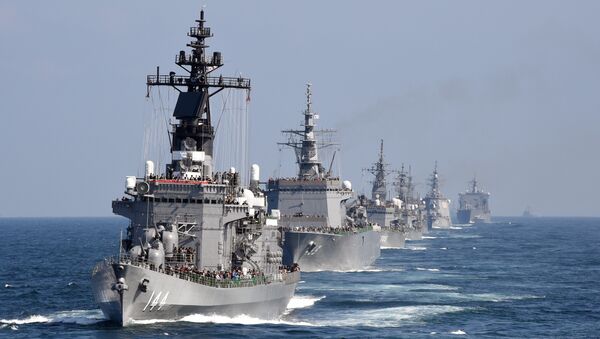 Japanese Defense Minister stated that Japan is ready to send its warships to the area of the disputed Senkaku Islands in the East China Sea.

"If the situation becomes difficult to resolve with the help of the Coast Guard, the self-defense forces will be ordered to launch defensive operations at sea," Nakatani said, as broadcast by the NHK television.

The response mechanism at sea was approved by Japan’s government in May 2015.

The Senkaku Islands, known as the Diaoyu in China, are the subject to long-standing regional territorial disputes between China, Japan and Taiwan. The islands are part of Japan's Okinawa Prefecture.

In 2014, Japan and China agreed to reduce tensions over the disputed islands. However, Chinese vessels repeatedly intruded Japanese territorial waters around the Senkaku Islands in 2015.