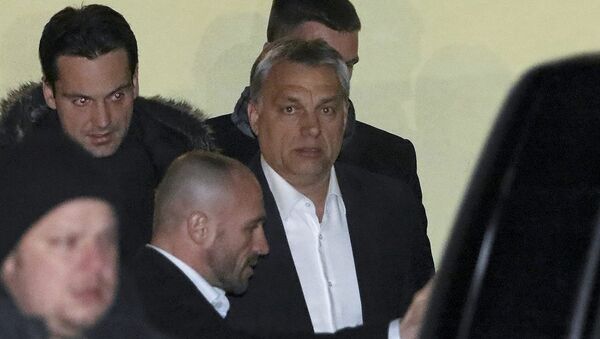 In his analysis, recently published on the website of independent Russian news agency REGNUM, journalist Stanislav Stremidlovsky offered one of the more interesting takes on what transpired in the Polish castle.

"On January 6, in the southern Polish town of Niedzica, two men – Hungarian Prime Minister Viktor Orban and Polish Law and Justice (PiS) party leader Jaroslaw Kaczynski – now considered to be the most powerful man in Poland, held a meeting," the journalist writes.

"Orban had arrived for a private visit. His conversation with Kaczynski lasted nearly 6 hours, and such a length, apparently, was not planned for in advance. Polish Radio's foreign service quoted PiS politician Joachim Brudzinski, who wrote [in his Twitter account] that 'in the morning, none of us expected that this meeting would be finishing just now.'" 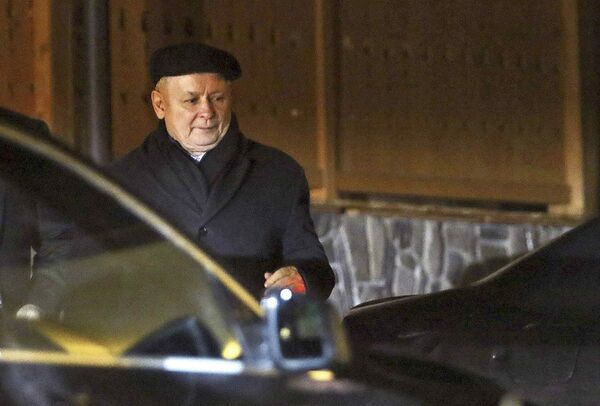 And "since the discussion between the two influential European politicians had no official status, their press services declined to comment or disclose any information on what was discussed. This air of mystery excited the Polish, Hungarian and European press alike. The air smelled of conspiracy in the spirit of the good old Europe of the start of the 20th century – what more could the media ask for amid the New Year holidays?"

European Project Rushing Headlong Into the Abyss - French Newspaper
Orban himself, Stremidlovsky noted, "only added to the mystery," saying of his meeting with Kaczynski that "if one looks at our biographies, it's clear that the head of Poland's ruling party and I are fighters for freedom of a certain kind. Therefore, one could say that we are old friends, and I was very happy to visit my friend."

"The Hungarian prime minister," the journalist writes, "cannot but be complemented for his sarcasm. Both he and his Polish 'old friend' are now being targeted by 'democratic forces' in their own countries and in Europe."

"Orban, of course, for longer. For several years now he has been accused of authoritarianism, the suppression of freedom in Hungary, and for his lack of a critical attitude toward Russia, the latter causing outrage in Poland at the beginning of last year."

​In February 2015, "on the eve of his visit to Warsaw, the Hungarian Prime Minister said that when it comes to the prospects of developing relations with Russia, the EU is strongly divided. On one side were Hungary, the Czech Republic, Slovakia and Austria: 'We believe that without cooperation with Russia, we cannot achieve our goals,' Orban had said. On the other side were the Baltic states, Poland, and from across the ocean, Washington, arguing that it was necessary to 'push Russia away from cooperating with the European Union.' At the same time, Orban criticized European Council chairman Donald Tusk, Angela Merkel's protégé."

Poland Turns Away from Europe, Squints Across the Atlantic
Back then, Stremidlovsky noted, the PiS, "the party of Orban's 'old friend', accused the Hungarian prime minister of 'acting against the unity of Europe on the issue of relations with Russia'."

"At that time, the main front for Warsaw was in the East. Today, the new Polish authorities are faced with the fact that they will have to defend themselves mainly in the West. Berlin means business and is not going to limit its attacks on the PiS to Brussels. As the German media has reported, the ruling coalition in the Bundestag is considering the imposition of sanctions against the 'Conservative government' in Poland, which 'continues to violate the principles of the rule of law, the separation of powers and the freedom of the press.'"

Speaking to Der Spiegel, Merkel 'right hand' CDU politician Volker Kauder suggested that Brussels must "find the courage to apply sanctions" against a defiant Poland if "European values are violated."

"It is this type of thing," Stremidlovsky writes, "that Orban unequivocally steps out against. The Hungarian prime minister has publically said that Budapest will never allow the EU to punish Poland. And this is not just a gesture, but a manifestation of the political course taken by Budapest."

"As Austrian newspaper Der Standard has noted, Orban is working at the head of an 'axis of nations in the EU'. According to the newspaper, the governments of Hungary, Poland and the UK are trying to slow down European integration. Budapest, Warsaw, and the other two countries in the Visegrad Group – the Czech Republic and Slovakia, are turning into a powerful union, whose activities are aimed at strengthening 'national politics' in the EU. And their main opponent sits in Berlin."

Hungary PM Orban on Refugees: 'Continent Looks Like a Battlefield'
Now, Stremidlovsky suggests, "it's time to admit the obvious: we need a different Germany and different Germans. Chancellor Merkel, unfortunately, has demonstrated that Berlin finds it difficult to follow a moderate middle course. Germany slides either toward Nazism or toward a vulgar understanding of freedom and tolerance. Europe and the world need a more sensible Germany, one which is accommodating and tolerant, but at the same time able to firmly defend European values and the interests of the EU's citizens."

That 'different Germany', the journalist suggests, is Austria. "History has shown that the Austrian, and later, the Austro-Hungarian Empires, distinguished themselves with their ability to carry out reforms, with virtuous, but simultaneously firm national and religious policies, and with an understanding about who it was they were dealing with in the face of the Ottoman Empire."

"Today too," Stremidlovsky writes, "Austria demonstrates an enviably sanity which leads Central and European countries to turn in its direction. It's worth recalling that last year, in the Bohemian castle of Slavkov, the prime ministers of Austria, the Czech Republic, and Slovakia met and signed a declaration announcing the establishment of the Slavkov Triangle. Its objectives include the promotion of cooperation on transport infrastructure, energy security, youth employment, cross-border relations, the social dimensions of EU integration, and countries neighboring the EU."

"As Polish Institute of International Affairs expert Dariusz Kawan noted at the time, Austria is pursuing a consistent policy of 'building bridges' between the EU and Russia. Vienna actively participated in work on the [now abandoned] South Stream pipeline, which would have allowed it to increase the importance of the Baumgarten gas hub, and considered sanctions against Russia to be unnecessary."

Storm on the Horizon: Does Soros Want to Inflame Revolution in Europe?
Ultimately Stremidlovsky notes, "so long as Poland, under the previous government, adhered to a rigid anti-Russian rhetoric, this created problems within the Visegrad Group and for Poland's relations with those European countries which did not consider it necessary to provoke a confrontation with Moscow."

"Coincidence or not, but there is one more interesting nuance here: when taking into account the Europe's dominant national religions, the continent's Catholic countries tend to be more friendly toward Russia than Protestant ones. Up to now, Poland has remained the exception, an anomaly, to this rule. Now, Warsaw has a chance to take its worthy place in the 'axis of nations in the EU'. It will find Hungary and Orban's help useful. Moreover, the development of relations with Vienna via Budapest will show that the Poles are able to reach an agreement and get along with Germans, no matter what Berlin may think."

000000
Popular comments
Great that the Visegrad group still lives! A change from boring EU conformity! Anyway, it will make the East European countries more internationalist in the long run as well!