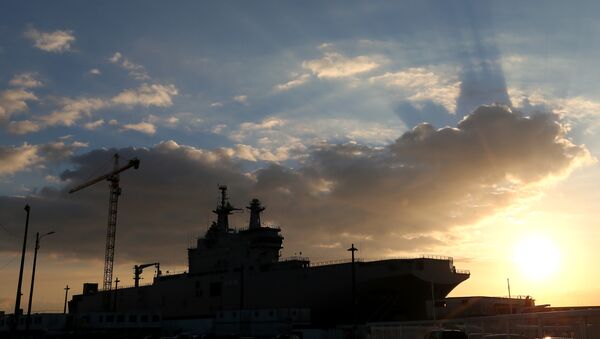 The first crew of 180 Egyptian naval officers expected to start training on the French-made Mistral helicopter carriers will arrive in France in the second half of January, local media reported Tuesday.

Russia May Supply Egypt With Helicopters for Mistral in 2017
PARIS (Sputnik) — In October, Cairo and Paris signed a contract paving the way for Egypt's purchase of the two warships originally built for Russia, after France officially terminated the 1.2 billion euro (some $1.28 billion at current exchange rates) contract with Moscow on the delivery of the ships in August.

The exact date of the Egyptian crew’s arrival depends on when Cairo makes its first payment under the contract signed with Paris, the Presse Ocean newspaper reported.

In December, Russia struck a deal with Egypt to deliver 46 Kamov Ka-52K attack helicopters designed for the Mistral ships.