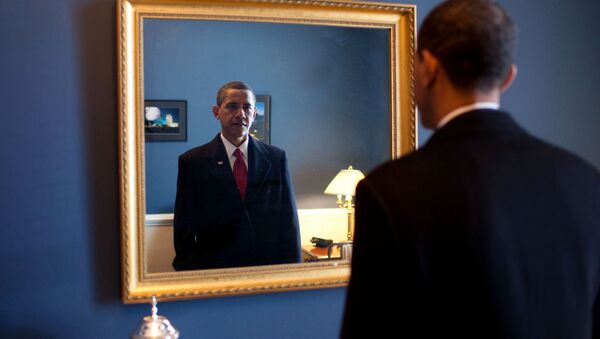 As President Obama enters the final year of his presidency, many wonder what he will be remembered for. Critics say he has clearly failed as commander-in-chief and will resist making any shifts in his foreign policy in hope to transition the current conflicts to his successor, but there is a chance he could become a late-term wartime president.

“Obama was ill-prepared for the challenges of the present. Event after event in the Middle East seems to have caught him off guard,” Andrew Bowen, Ph.D., and a Senior Fellow and the Director of Middle East Studies at the Center for the National Interest writes in his article.

Obama Ignores Advice of Military Generals More Than Any Other US President
The author therefore thinks that the president is facing a critical final year in office.

“Obama may think his legacy is best secured by doubling down on his current foreign policy wins. However, if he doesn’t address these challenges, Obama may be remembered more for the inaction he took during his presidency than the actions he did take.”

The expert then examined what are the chances that the US leader could, in fact, become a “late-term wartime president”.

Over Half of US Residents Disapproving of Obama Presidency - Poll
In Afghanistan:

“The fragile security gains that Obama confidently assumed would hold are presently in tatters. Obama’s concession earlier this year that he would have to postpone his timeline of withdrawal of combat forces underscored how fragile America's position in Afghanistan presently is.”

“Entering 2016, the Taliban is now surging while Al Qaeda is building a deepening footprint in the state. If the current US force commitment and Afghan security forces can’t reverse these trends, Obama may be forced to invest more militarily in the conflict.”

Even though the president’s belief that a “deeper role for Washington [in the region] would have only exacerbated the situation, certain events, such as failure of the Vienna talks or change in Jordan or Lebanon’s stability may force him to take more action to support the armed and political opposition.

Obama’s Drama: US President Talks a Great Talk, but Fails to Walk the Walk
In Iran:

The Iran deal is now considered as one of the president’s major gains to date, however, the author says, it is far from secure.

“Members of Congress are already calling for keeping in place sanctions that are supposed to be lifted with the deal’s implementation this spring.”

“By proposing new sanctions on Iran for its missile program, Obama risks derailing his deal, but at present, he has no choice politically to stave off congressional action that could endanger the deal altogether.”

Thus, he is convinced, “Obama will focus his last months in ensuring that this centerpiece of his foreign policy legacy doesn’t fall apart”.

Taken into account the deteriorating relations between the two, the question is: will the US leader be forced to confront President Putin until the very end of his tenure?

In the Fight Against Daesh:

“The president sought to bring to closure his predecessor’s intense focus on the “War on Terror”, however the emergence and strength of Daesh in the Middle East has “caught the president off guard”.

What You Talkin' Bout Obama? President Plays Down Russian Success in Syria
“Obama’s bet on employing a ‘light footprint’ approach to this challenge has not reaped many positive dividends so far.”

“Obama has yet to fully address the global challenge that this group poses. He continues to underestimate the appeal of Islamic extremism globally. If there’s an attack on the homeland or on US interests by ISIS (Daesh), Obama may be forced to take more robust military action against the group.”

So, it still remains to be seen how Mr President will end his term in office.