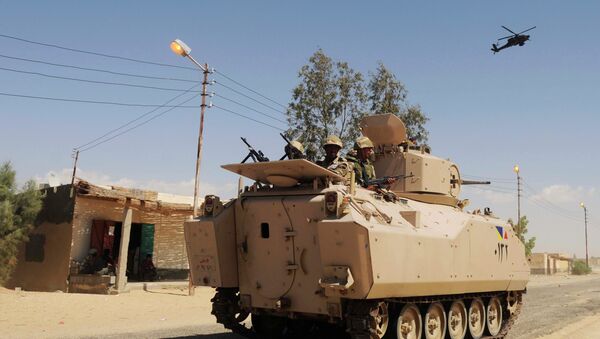 Egyptian army has killed over 50 militants affiliated with the Daesh extremist group in the north of Sinai Peninsula, local media reported, citing sources in the country’s army.

The Sinai Province militant group pledged allegiance to the Daesh, which is outlawed in Russia and many other countries, in November 2014.

The group notorious mostly for targeting military and security forces in the region. Recently, the group has also expanded its operations outside Sinai, notably in Egypt's Western Desert, relatively popular among tourists.

Egypt has been conducting anti-terrorist operations in North Sinai for the last two years, particularly against the Sinai Province previously known as Ansar Bait al-Maqdis.