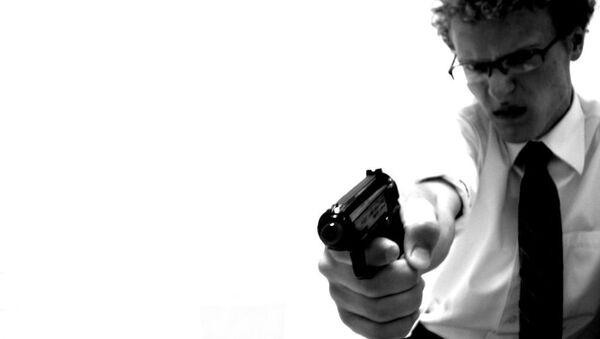 © Flickr / Joel Bombardier
Subscribe
International
India
Africa
A dispute over the use of a clothes washing machine led to a shooting at a home in Los Angeles on New Year’s Eve that killed four people. The shooter’s son is now in custody after wrestling the gun away from his father, and killing him in the process.

According to police, a 54-year-old man shot and killed his wife, his son’s girlfriend and an unrelated visitor.

​Police say the shooting was the result of a dispute between the man and his 33-year-old son’s girlfriend. The father took one of his semi-automatic pistols and shot the girlfriend, as well as his wife and a 27-year-old visiting the home at the time.

The son attacked his father and took the gun away from him. But in the struggle, the father was killed. The son is now being held on potential murder charges during a police investigation.

According to the Los Angeles Sheriff’s Department said, the shooter was a heavy drinker who owned a sizeable collection of guns. Law enforcement in the city had made dozens of visits to the home in the past.

“It looks like it was a dispute between the dad and the son’s girlfriend, probably over using the washing machine,” Sheriff’s Lt. John Corina told the San Gabriel Valley Tribune. “For some reason, this set the dad off.”