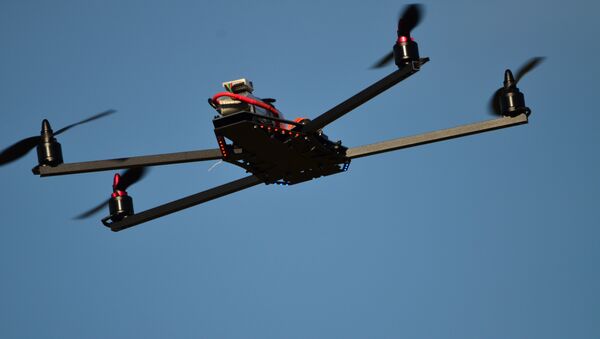 Organized crime gangs in the UK are increasingly using drones to try and smuggle legal highs and other forms of contraband into British prisons, with a surge in smuggling attempts triggering concerns that authorities aren’t cracking down fast enough on illegal items in jails.

According to official statistics released under Freedom of Information (FoI) laws, there were 26 attempts to smuggle drugs, mobile phones and other illegal items into English and Welsh prisons in the first ten months of 2015.

However media reports citing intelligence insiders suggest that the real number of smuggling attempts is up to eight times higher than the officials figure.

The numbers are troubling considering there were only two recorded smuggling attempts for the whole of 2014.

The use of unmanned drones is an increasingly growing concern for prison officials, given that many can be purchased by the general public with the potential of being used to smuggle contraband into jails.

As drone technology improves and the products become cheaper, officials are afraid that drugs and other items can almost be transported to the windows of specific cells with the aid of GPS technology.

High-Tech Crimes: Fears Drones Used to Smuggle Weapons, Drugs Into Prisons
Drones worth less than US$1,500 (£1,000) can carry weights up to 1.5 kg, adding to worries that drugs, weapons, mobile phones and other dangerous items could be easily smuggled into prisons without detection.

There are also fears that criminal gangs may step up their targeting of jails in 2016, given that items such as drugs and weapons command a much higher price in prisons compared to their street value.

The statistics revealing the ease of availability of drones in the UK follows a warning from Britain’s chief inspector of prisons, Nick Hardwick that government ministers aren’t being proactive enough to combat the dangers of legal highs in jails.