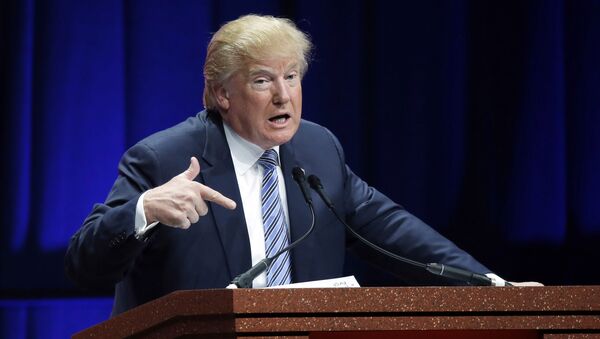 Before going for his vacation in Hawaii, President Obama joked that the "most important" thing happening at the White House was him watching the new Star Wars movie.

Trump was quick to notice that and he quickly attacked the President:

"We're in a serious war [and] our president is busy with another war," a new video ad said on Trump's Instagram account.

"We need a real president. Time for a leader with real priorities," Trump's ad said.

Trump: I Think Obama Hates Israeli President
Trump is still leading the Republican candidates by 28 percent, while his closest contender, Senator Ted Cruz, enjoys 24 percent of support, a poll carried out in the United States found.

At the same time, 28 percent of Republicans said they "would definitely not support Trump," while 61 percent of general voters said the billionaire does not share their values.

Moreover, 59 percent of the polled voters said Clinton has a good chance of defeating a Republican presidential contender during the 2016 election.