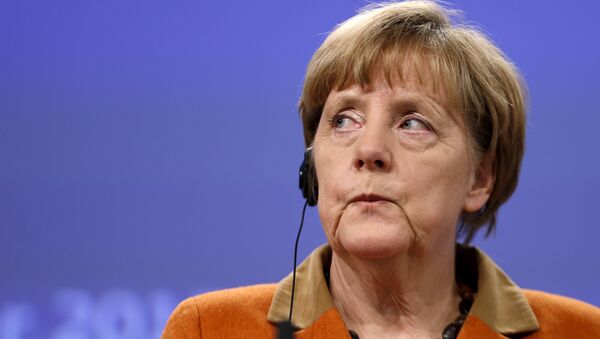 Italian Prime Minister Matteo Renzi accused Germany of engaging in political double standards over its support for the Nord Stream 2 pipeline while talks on the South Stream were halted last year due to anti-Russian sanctions.

EU Forced to Tolerate Anti-Russian Sanctions Because of Merkel
Renzi has been known for his statements challenging the principles of the EU’s foreign policy.

But at a Brussels summit on Friday he "took it to the next level": Renzi castigated Germany and its leader Angela Merkel, Politico reported.

According to the article, the clash between Renzi and Merkel during the meeting of EU leaders "spiced up what turned out to be a somewhat lackluster set of accomplishments from the two-day summit."

The clash with Merkel has highlighted Renzi’s increasingly confrontational posture toward EU officials.

EU Extends Sanctions Against Russia for Six Months - Source
Among Renzi’s issues with Merkel was the construction of the Nord Stream 2 gas pipeline. He accused the German chancellor of a political double standard.

Renzi underscored that the negotiations on the South Stream pipeline were suspended last year due to anti-Russian sanctions imposed by the EU. Meanwhile, Germany now supports the construction of Nord Stream at a time when the EU is about to approve the extension of its anti-Russian sanctions.
Renzi added that he was opposed to automatically renewing the sanctions without opening a discussion on the pipeline project.