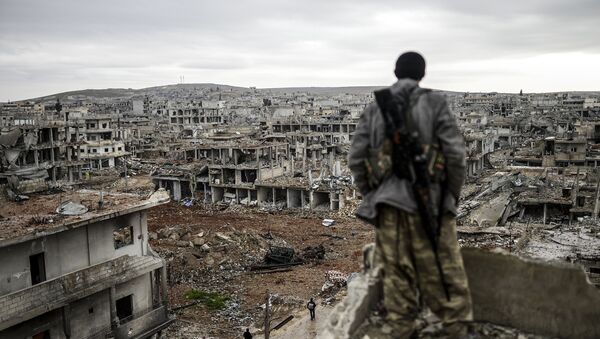 "We call for ensuring the participation of a broad range of opposition forces that represent the Syrian people in intra-Syrian talks. The Kurds, of course, should not be excluded from this process, as well as from collective efforts against Daesh, also known as ISIL/The Islamic State and other terrorist groups in Syria and Iraq, where they play a significant role in countering the terrorist threat, considering their existing potential," Meshkov told RIA Novosti.

Last week, Syrian opposition groups convened in the Saudi Arabian capital of Riyadh for a two-day conference aimed at pursuing peace talks. Syrian Kurds, who control large parts of northern Syria, were not invited to the talks. The Kurdish leaders held their own conference on the Syria crisis in Rumeilan, in the northeast of the country.

The Riyadh meeting resulted in the formation of a 32-member council, which is set to choose 15 delegates to represent the Syrian opposition at the peace talks with Damascus, due to be held next year in accordance with the November 14 Vienna communique.

Russian Foreign Minister Sergei Lavrov has stressed that the Vienna-format talks on resolving Syria's crisis should include of all the country's opposition groups, as well as a delegation from Damascus.