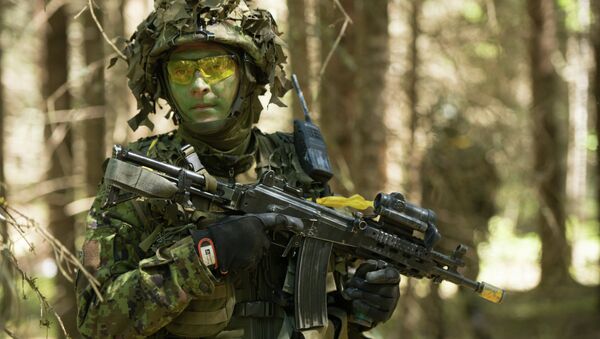 Russia has a number of advantages that can ensure the country’s military forces will succeed in a hypothetical armed conflict, if it ever happens, American columnist Loren Thompson claims.

McCain's Ideas for Syria: Senator 'Wants US to Risk Open War With Russia'
As the tension between the world powers appear to escalate, stories suggesting how the hypothetical conflict between Russia and the NATO bloc would unfold are increasingly more common in various media outlets. And in this potential standoff, Russia has lots of advantages that could help it to gain an upper hand, Loren Thompson, a Chief Operating Officer of the non-profit Lexington Institute and a columnist, wrote for Forbes magazine.

First of all, according to Thompson, NATO has neglected preparations necessary to meet high-tech threats.

“Fifteen years of fighting counter-insurgency warfare in Southwest Asia has left the Army well equipped to take down irregular forces such as ISIS [Daesh], but much less ready to fight an enemy armed with tanks, artillery and attack aircraft,” Thompson wrote.

Russia, he went on, has a historical tendency to conduct warfare on land rather than at sea. Additionally, taking into account the quantity of armed forces deployed in the west of the country, Russia can, in a very short-term, assemble the required numbers of servicemen, Thompson underscored.

The author of the article also believes that NATO’s air support may, in fact, appear ineffective, as Russia has obtained mighty anti-aircraft defense systems.

“For instance, most of Polish air space is potentially within range of Russian air defenses,” Thompson pointed out.

Thompson concluded by stating that the capabilities of Russian weaponry are gradually growing.

“As the Russian military has become increasingly professionalized, it has introduced an array of advanced conventional weapons while America and its allies have under-invested in new technology.”