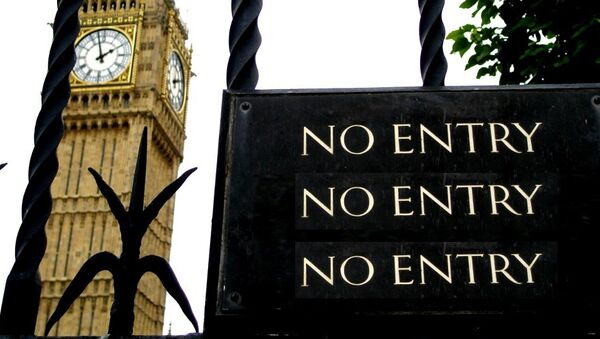 A petition calling for US Republican presidential hopeful Donald J Trump to be banned from Britain has topped 500,000 - making it the most popular campaign on the government website ever - prompting Trump to accuse British politicians of "pandering to political correctness."

Trump's call for a "total and complete shutdown" on Muslims entering the States has prompted huge backing for calls for him to be banned from the UK, where he has substantial interests.

Over half a million people in the UK have a message for Trump and his fan base of hillbilly racists https://t.co/fptnszyKki

​​By Friday morning, the petition "Block Donald J Trump From UK Entry" had garnered over 518,000 signatures, meaning that the UK parliament will have to consider holding a debate on the issue, as was promised for all petitions over 100,000 posted on the government petition website.

Trump lashed back at the criticism, saying:

"I have done so much for Scotland, including building Trump International Golf Links, Aberdeen, which has received the highest accolades, and is what many believe to be one of the greatest golf courses anywhere in the world." 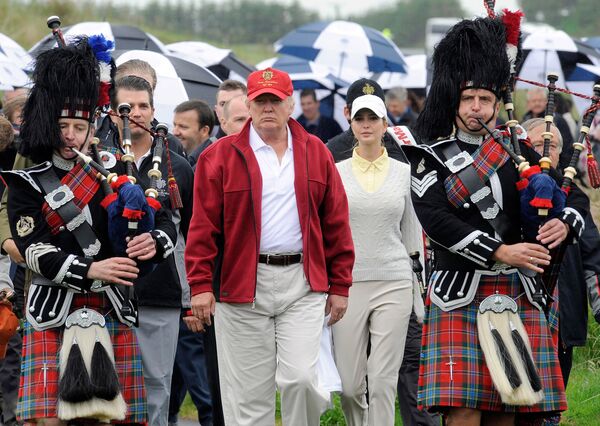 "Additionally, I have made a significant investment in the redevelopment of the iconic Turnberry Resort, which will have massive ballrooms, complete room refurbishments, a new golf course and a total rebuilding of the world famous Ailsa course to the highest standards and specifications of the Royal & Ancient.

"If they were going to do this, they should have informed me prior to my major investment in this £200 million development, which will totally revitalize that vast region of Scotland."

The plans caused huge objections from Scottish Natural Heritage, The Royal Society for the Protection of Birds, the Scottish Wildlife Trust and the Botanical Society of the British Isles, The Ramblers' Association Scotland, Aberdeenshire Local Outdoor Access Forum and the Scottish Rights of Way Society, among others, and were initially rejected.

@OliverBullough But what if the person is scientifically proven to have communicable stupidity? Wouldn't want that going free range.

Looks like the desire to ban Donald Trump from the UK has crashed the page https://t.co/4imfttmsE0 #BanTrump pic.twitter.com/t2BVB0Vxyc

​The major objections were that the development — which included a 5-star 450-room hotel, two 18-hole golf courses, a conference center and spa, 36 golf villas, 950 holiday homes, accommodation for 400 staff and residential developments comprising 500 houses — would endanger the flora and fauna of the area, including ancient sand dunes.

"The UK politicians should be thanking me instead of pandering to political correctness. In fact, in an article out today, many police officers in London have come forward to confirm their fears of terrorism. I only said what needed to be said, and when I am elected no one will be tougher or smarter than me. I will work very hard and effectively to defeat terrorism," Trump said.

​The '"Ban Trump" petition tops the list of petitions, which include: "Make the production, sale and use of cannabis legal", "Arrest Tony Blair for war crimes in the middle east and misleading the public", "Re-instate the death penalty" and "Don't ban Trump from the United Kingdom", which has only 30,000 signatures — just 488,000 short of the "Ban Trump" petition.