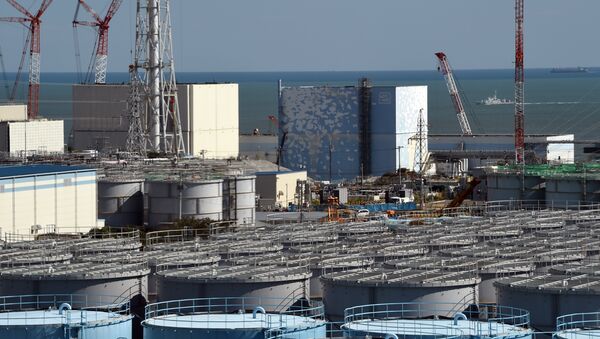 A sharp increase in radiation levels was detected in one of the underground tunnels at the crippled Fukushima Daiichi nuclear power plant, according to media reports.

Science & Tech
Russian Experts Ready to Reprocess Spent Fukushima Nuclear Fuel
According to a press release issued by TEPCO, Fukushima plant’s operator, the water samples retrieved from the tunnels on December 3rd contained 482,000 becquerels per liter of radioactive cesium and about 500,000 of beta-ray-emitting substance becquerels per liter of a beta-ray-emitting substance, which is about 4,000-4,100 times higher compared to the samples taken a year ago, Japanese NHK TV channel reports.

On March 11, 2011 a tsunami caused by a magnitude 9.0 earthquake hit the Fukushima plant, flooding four out of six of the facility’s reactors and crippling the station’s coolant system. Several hundred tons of radioactive water, including the seawater from the tsunami, still remain in the underground tunnels under the complex, posing one of the greatest problems for the cleanup operations.