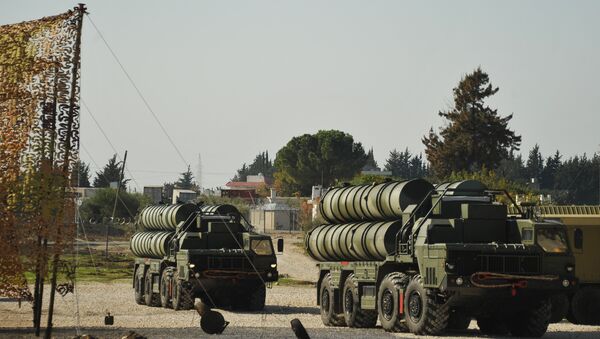 © Sputnik / Dmitry Vinogradov
/
Go to the photo bank
Subscribe
In an attempt to predict Russia’s further moves in Syria, US diplomacy expert Robert Farley has put forward what he considers “Russia’s five next big moves in Syria”, which are set to come in the nearest days or weeks; however, as it turns out, the first four are already very active on the ground.

1.The Arrival of the Su-25 Grach (NATO Reporting Name “Frogfoot”)

“The shootdown of the Su-24 Fencer near Turkish territory demonstrated the vulnerability of the unescorted attack aircraft to modern jet fighters,” reads Farley’s article for The National Interest magazine.

​​The best way to protect the Russian air fleet in Syria, the author says, is to bring in “a tough, heavy attack plane like the Su-25 Frogfoot, which can have an immediate impact on the battlefield. “

​“With some indication that Russia is about to massively step up its air campaign in Syria, we can be sure that additional attack aircraft, like the Frogfoot, will soon appear in the skies over rebel held territory,” the author says. 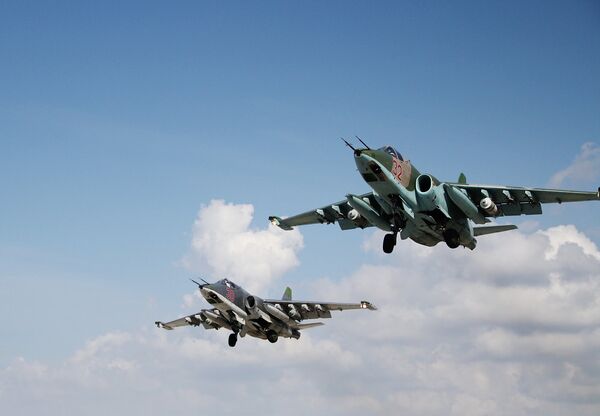 However, Russia already has as much as 12 of the latest Su-25 ground attack planes in Syria, 12 even more powerful Su-34 (NATO reporting name Fullback) strike fighters and up to 16 Su-30 (NATO reporting name Flanker-C) supermaneuverable fighter aircraft, apart from its existing deployment of Su-24s and Su-27s.

From November 20, the size of the Russian air fleet in Syria was increased to 69 aircraft.

“[…] in political terms the S-400 offers the Assad regime insurance against either a Western no-fly zone or an anti-Assad air campaign. This means, in effect, that ISIS (also known as ISIL and Daesh) and other Syrian rebels will need to defeat Assad (and Russia) on their own, without the direct kinetic support of any of their allies,” the article reads.

​“The S-400 gives Russia a practical veto over any Western action against Assad.” 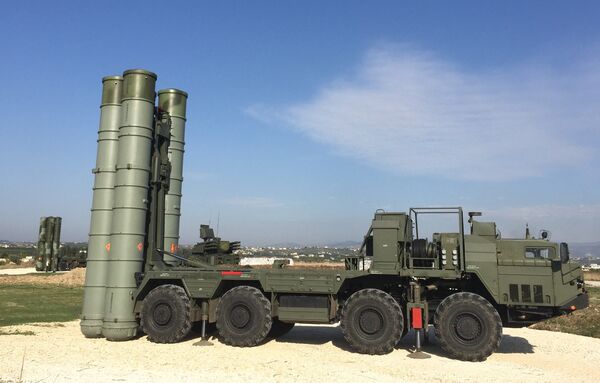 The author however acknowledged that the S-400 Triumf (NATO codename SA-21 Growler), an anti-aircraft and anti-missile system, which is capable of intercepting all types of modern air weaponry, including fifth-generation warplanes, as well as ballistic and cruise missiles at a maximum range of nearly 250 miles, has already been “delivered, deployed and put on air defense combat duty at Russia’s Hmeymim airbase in Syria.”

“The most important weapon that Russia can use to save the Assad regime is its diplomatic corps,” the author claims neglecting to mention that Russia has been using this “tool” since the very start of the conflict in Syria.

OSCE Foreign Ministers Adopt Russia-Initiated Counter-Terrorism Declaration
Among its latest proposals is a Russia-initiated counter-terrorism declaration already adopted by the foreign ministers of the Organization for Security and Co-operation in Europe (OSCE) in Belgrade earlier in December.

Russian President Vladimir Putin has long called for the creation of a broad international coalition in the fight against  terrorism, particularly targeted towards Daesh. Putin stressed the need for global anti-terrorism efforts, conducted within a legal framework, at the UN General Assembly in September.

The author somewhat laments that “Russia does not now, and has never had the kinds of ISR (intelligence, surveillance and reconnaissance) assets that the United States takes for granted.”

Russia May Use Electronic Jamming Systems to Protect Its Pilots in Syria
However “Russian assets in this regard include not only recon aircraft and drones, but also electronic warfare units that can analyze rebel communications,” he acknowledges.

Earlier in October the very same magazine made a special report on “Russia’s electronic spies which have become a key part of Moscow’s surge into Syria.”

“Russia has a lot of war left to fight in Syria,” the author predicts. “The first weeks of US intervention in Afghanistan, and of NATO intervention in Libya, showed few obvious fruits of progress. In both cases air attacks had weakened and fragmented the resistance, however, eventually allowing major ground offensives to roll up the country.”

“Two or three months from now, the international community could be celebrating the successful efforts of the Russian military to defeat ISIS, and the Assad regime could be cheering the destruction of rebel factions in the west of the country.,” he therefore suggests.

However he fails to mention that Russian authorities, including President Putin, repeatedly ruled out any possible military presence on the ground in Syria.

000000
Popular comments
The US will fight this every step of the way. The "accidental" bombing of the Syrian Army now denied by the US is an example. The Syrian army was well on the way of dividing the ISIS territory.
JPH
8 December 2015, 14:44 GMT8
000000
German troops in Syria will be used as human shields to protect Al Nusra from Russian airstrikes. mark my words. Then either russia can allow Al Nusra to gain ground against Assad or risk bombing the Germans... remains to be seen what Putin decides.