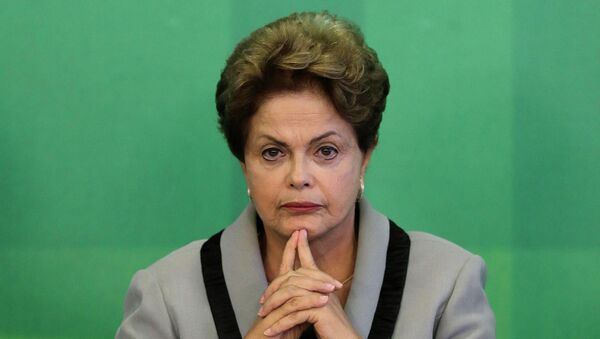 "May our country overcome this process," Cunha said on Wednesday, as quoted by Bloomberg.

The impeachment request, which accuses Rousseff of fiscal law violations, was backed by Brazil’s opposition parties. Impeachment proceedings will only move forward if two-thirds of lower house members support the process.

Dilma Rousseff, 67, is facing a wave of discontent in Brazil over a struggling economy and corruption scandals.

Hundreds of thousands of Brazilians have taken to the streets across the country in recent months demanding Rousseff's impeachment.

In March, the first wave of protests against the government of Rousseff brought together at least 500,000 people becoming the largest political demonstration registered in Brazil since 1984.