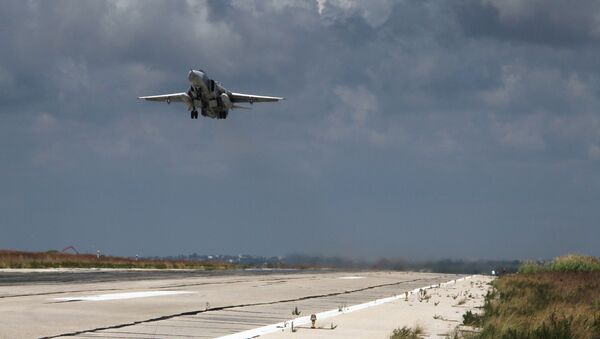 The tragedy associated with the Turkish F-16 fighter jet shooting down a Russian Su-24 bomber over Syrian territory may become a tragic mistake that will change the entire trajectory of the Syrian conflict, as well Russia’s relationship with the West.

Immediately after the Turkish Air Force shot down the Russian bomber, Recep Tayyip Erdogan, completely lost all the progress he had achieved with Vladimir Putin following the G-20 summit, The National Interest wrote.

Putin on Su-24 Downing: Ally Delivered Treacherous Stab in the Back
Russian Foreign Minister Sergei Lavrov cancelled his trip to Turkey, which was designed to get the Turkish-Russian agenda back on track.

“The shoot-down may prove to be the final nail in the coffin of a losing four-year attempt by both Russia and Turkey to find a way to compartmentalize their deep disagreements over Syria from infringing upon a very lucrative economic relationship between the two countries,” The National Interest wrote.

The harsh commentary from both President Putin and Turkish President Erdogan regarding the incident seems to signal that this will continue to have negative consequences for their relations, noted the publication.

“This is also proving to be a critical test of NATO's commitment. Certainly, NATO countries, starting with the United States, are calling for de-escalation of the situation and for both sides to refrain from provocation.” Apart from that it remains unclear how will NATO react to this.

There is a growing uncertainty among some NATO members, particularly in the Baltic States, with respect to the extent to which other members of the alliance should be involved in the fulfillment of contractual obligations. What NATO does in the coming days will be important in determining the future relevance of the alliance, the publication continued.

Apart from that, Turkey’s actions destroyed the “guarded optimism that the different players in Syria were beginning to search out possible compromises that could lead to a settlement of the Syrian civil war,” The National Interest wrote.