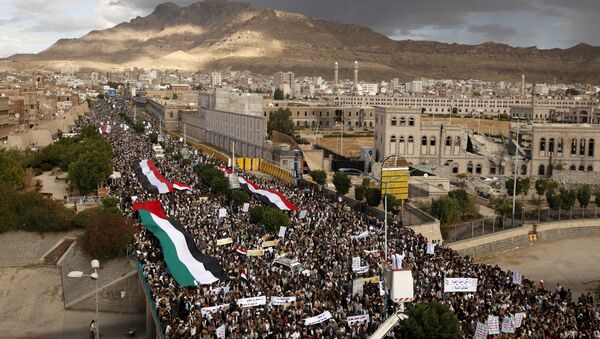 The Yemeni government is ready to negotiate a peace deal with the Shiite Houthi rebels, the main opposition force in the country, Vice President and Prime Minister Khaled Bahah said, as quoted by the media on Thursday.

"All coalition forces are seeking to regain security and stability in Yemen, because we have a good opportunity to establish real and strong peace," Bahah was quoted as saying by the WAM news agency.

According to the news outlet, Bahah made this statement on Wednesday at a meeting with UN Special Envoy to Yemen, Ismail Ould Cheikh Ahmed, in Riyadh, during which the next round of negotiations of Yemeni government with Houthis and their supporters was discussed.

One of the main goals of the UN-brokered Yemeni talks is the implementation of basic provisions of UN Security Council Resolution 2216, which stipulates an immediate ceasefire and the resumption of a peaceful political process in Yemen, as well as calling on the Houthis to vacate government buildings and withdraw their forces from occupied areas.