Guilty Secret: US Drone Strike Attacks to Blame for Global Wave of Terror 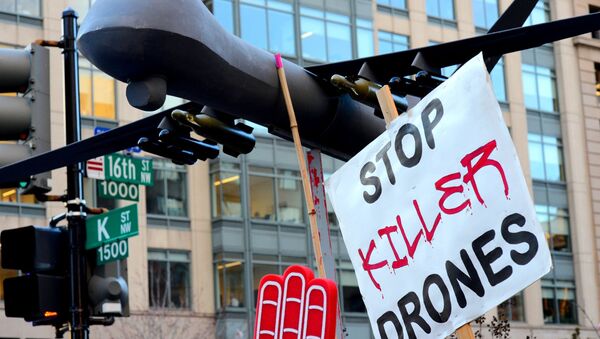 Four former drone operators for the US armed forces have written to President Obama warning that the use of drones is a driving force for terrorism, and linked their use to the Paris terror attacks.

US Congressmen to Obama: Forget Assad, Fight ISIL
Four former US Air Force pilots have written an open letter to President Obama which explicitly links US military strategy that uses unmanned aerial vehicles, with terror attacks such as those committed in Paris earlier this month.

"We cannot sit silently by and witness tragedies like the attacks in Paris, knowing the devastating effects the drone program has overseas and at home," said the servicemen, writing of the personal cost to them of carrying out drone attacks, and the ramifications for the war on terrorism of killing innocent civilians. 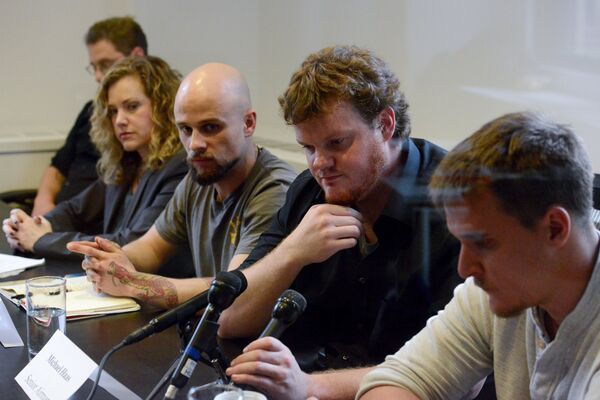 "When the guilt of our roles in facilitating this systematic loss of innocent life became too much, all of succumbed to PTSD."

"We witnessed gross waste, mismanagement, abuses of power, and our country's leaders lying publicly about the effectiveness of the drone program."

"We came to the realization that the innocent civilians we were killing only fueled the feelings of hatred that ignited terrorism and groups like ISIS, while also serving as a fundamental recruitment tool similar to Guantanamo Bay."

The pilots said they were motivated to come forward with their concerns in order to raise awareness among the US public about the use and consequences of drones by the US military. 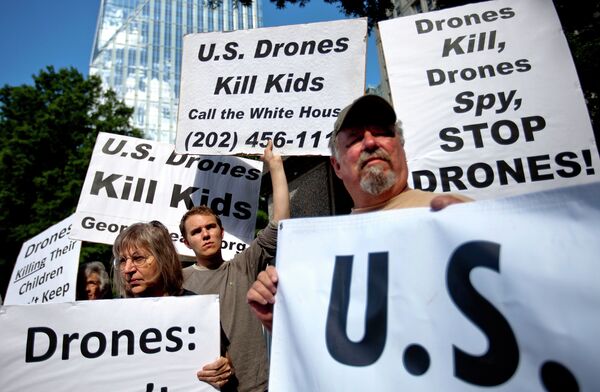 File photo of demonstrators protesting against the use of drones outside the International Conference on Unmanned Aircraft Systems at the Grand Hyatt Hotel, Tuesday, May 28, 2013, in Atlanta
© AP Photo / David Goldman
In an online interview, Michael Haas, one of the servicemen who wrote the letter, told Democracy Now about the culture in the US military surrounding the drone program, which encouraged service people to dehumanize the civilians they killed. Children were called "fun-sized" terrorists, said Haas, and the drone operators talked of "cutting the grass before it grows too long," before they killed whoever they saw on their screen.

According to an investigation of secret documents by the Intercept, the Obama administration covers up the true number of civilians killed in drone strikes by "categorizing unidentified people killed in a strike as enemies, even if they were not the intended targets."

Kunduz Will be Forgotten, Just Like All the Others - Pakistani Ambassador
One document obtained by the news website shows that over one five month period, 90 percent of people killed by drone strikes were unintended targets.

In Pakistan alone, where US drone strikes have targeted the North Waziristan region on the border with Afghanistan, the Pakistani government estimates that between 2004 and 2013 between 400 and 600 civilians were killed by US drone strikes, and up to 600 people were injured.