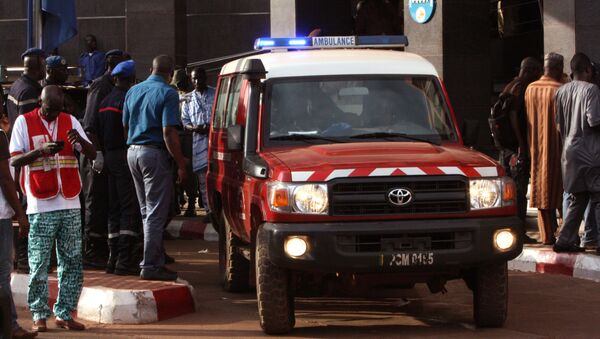 Keita said as cited by BBC on Friday, that over 20 people were killed in the attack. The president declared a national state of emergency in Mali.

Mali’s prosecutor told local media that at least 20 people were killed and seven were injured during the anti-terrorist operation at the hotel in Bamako.

The dead reportedly include two militants.

Local media previously reported that 27 people were killed in the attack.

An American citizen was among the victims, according to US officials.

The Al Mourabitoun Islamist militant group has reportedly claimed responsibility for the attack, saying it was carried out jointly with al Qaeda.