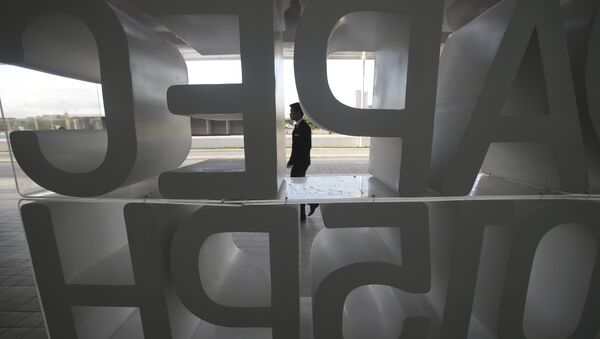 © AP Photo / Aaron Favila
Subscribe
Trade ministers of US and Japan have met on the sidelines of the Asia-Pacific Economic Cooperation (APEC) ministerial meeting, discussing the Trans-Pacific Partnership (TPP) and other issues.

TPP Expansion Currently Not Under Consideration by US - Official
MANILA (Sputnik), Anastasia Levchenko – US Trade Representative Michael Froman and Japan's Economy, Trade and Industry Minister Motoo Hayashi have met on the sidelines of the Asia-Pacific Economic Cooperation (APEC) ministerial meeting, discussing the Trans-Pacific Partnership (TPP) and other issues.

"Everything from the APEC priorities is on the agenda. For the US, it is the environmental goods, services. With TPP partners they will talk about the deal," a US official close to the ministerial talks told Sputnik.

Negotiations on the wording and content of the US-led Trans-Pacific Partnership were completed in early October. The deal is intended to promote an deregulated trade area including 12 Pacific Rim nations, including Japan.

The APEC summit is currently underway in the Philippine capital of Manila. The issue of the TPP deal, including its possible extension, is on the summit's agenda.