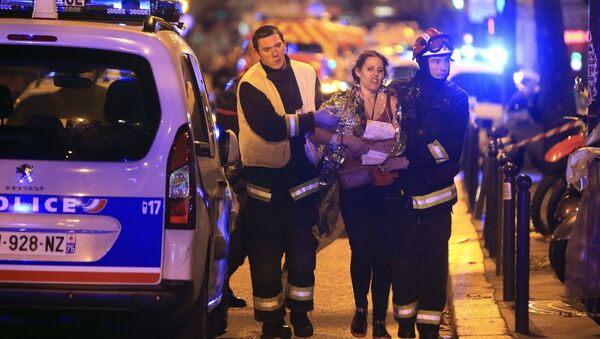 Expert Attributes Paris Terror Attacks to France's Political Weakness
Private intelligence company Stratfor has tried to predict some of the political consequences of the series of terrorist attacks on Parisians on Friday, the worst in French history, which left at least 127 people dead and another 180 injured.

As a result, Stratfor's analysts believe that France will undertake greater involvement in the Syria conflict, after it already began airstrikes against terrorists there at the end of September. Intervention in Syria followed France's decision in September 2014 to join the US-led coalition in carrying out airstrikes against Islamic State targets in Iraq.

France's Hollande Says Islamic State Behind Paris Attacks
The French government decided on intervention in Syria, which it began by bombing an Islamic State training camp, after an attempted terror attack on a train from Amsterdam to Paris in August. The attack was averted when train passengers restrained the gunman, preventing him from opening fire. The gunman, 25-year-old Ayoub El Khazzani, was originally from Morocco and had spent time in Syria before moving to France in 2014.

The attacks will also put additional pressure on the French government to impose greater controls on immigration, remarks Stratfor.

"From a political perspective, the attacks are a reminder of France's longstanding ethnic frictions following several months in which the focus has been on neighboring Germany," writes Stratfor in its report, remarking that the arguments of anti-immigration campaigners to impose strict border controls and halt the flow of immigrants will gain additional strength. 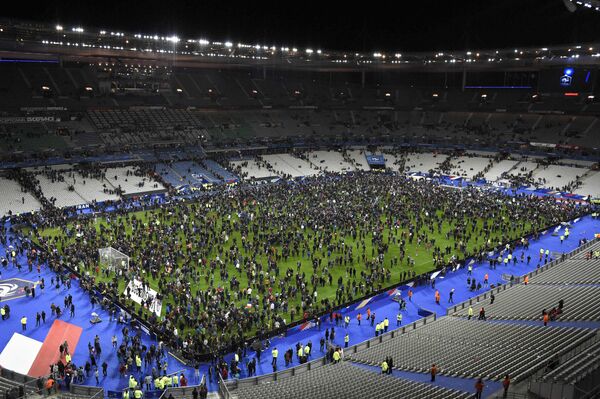 Spectators gather on the pitch of the Stade de France stadium following the friendly football match between France and Germany in Saint-Denis, north of Paris, on November 13, 2015, after a series of gun attacks occurred across Paris as well as explosions outside the national stadium where France was hosting Germany
© AFP 2021 / FRANCK FIFE

In addition, the popularity of Marine Le Pen's right wing Front National party may rise as a result of the security concerns, as could that of former French President Nicolas Sarkozy, who also takes a tough line on immigration and national security, and is seeking the nomination of his Republicans party for France's 2017 presidential elections.

Stratfor believes that current French President Francois Hollande could suffer from a fall in popularity after anti-terror measures put in place earlier this year failed to prevent Friday's attacks. While the president saw a "brief uptick in popularity after the Charlie Hebdo attacks," this is not expected to repeat itself.

000000
Popular comments
I pray that the people of France return to the idea of unity - "We are not afraid" rather than succumb to a proto-fascist xenophobia. I am hopeful.
dburke08
14 November 2015, 19:32 GMT1
000000
"as could that of former French President Nicolas Sarkozy, who also takes a tough line on immigration and national security, and is seeking the nomination of his Republicans party for France's 2017 presidential elections." Oh god, not the psychopath SarCRAZY!! If the naive French citizens elect this terrorist (remember Libya??), then they deserve any future terror that takes place on their soil. Seriously, what the fcuk is in the water in France?? Such mass ignorance.