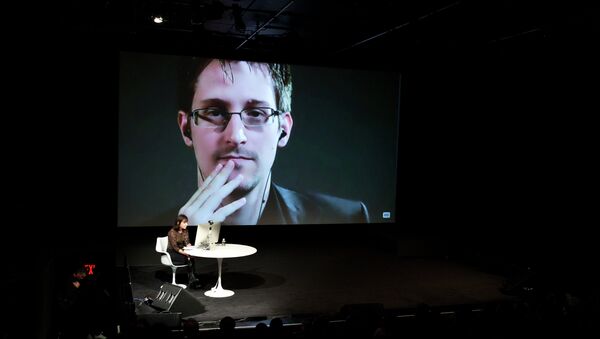 The US-based privacy watchdog The Intercept has revealed that UK police are calling their secretive inquiry into journalists associated with Edward Snowden “Operation Curable”, but the nature of their activities remains a secret.

Snowden Uncovers Best Methods of Defending Personal Data
Fresh details on the two-year police investigation were obtained by journalists who had filed a request under the UK's Freedom of Information Act.

Initially the Metropolitan Police launched a probe into reporters who worked in close connection with Edward Snowden and subsequently made part of the secret data he had obtained publicly available in summer, 2013.

In December, 2013, Cressida Dick, Director-General of the UK Foreign and Commonwealth Office, admitted that investigators had aimed to find out whether The Guardian reporters had broken the country's laws by exposing British surveillance operations in their publications.

However, very few details on the probe followed that statement in the following years; law enforcement declined to comment on the course of the investigation, saying that doing so would be "detrimental to national security." However, last July freedom-of-information laws obliging UK police to share information on their activities compelled them to confirm that their inquiry was not over.

So what is known about "Operation Curable" to date?

It is being conducted under the guidance of Mark Rowley, the head of the Specialist Operations directorate of the Metropolitan Police. In the 1990's, Rowley worked on a program to design covert police surveillance for the country's National Criminal Intelligence Service.

Europe Expands Snooping Powers in Wake of Snowden Claims
Rowley is also famous for making some resonant controversial statements. For instance, he once claimed that Snowden's actions were hampering law enforcement in "protect[ing] the public and sav[ing] lives." He also said he would monitor communications reports, in the event that he had to "chase down criminals."

So far, it is unknown what the name "Operation Curable" actually means. According to media reports, Metropolitan Police usually pick the names randomly. Additionally, they should be "completely neutral so they will hopefully be totally unrelated to the case," the BBC reported.