Dressed to Thrill, Not Kill: Arrested Turk in a Burka Was Going on a Date 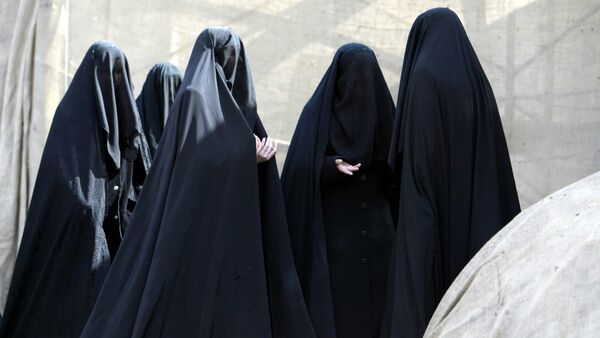 © AP Photo / MUSTAFA OZER
Subscribe
International
India
Africa
A Turkish man disguised in a burka in the seaside town of Ordu was arrested by police after locals realized she was actually a he, and suspected him of being a suicide bomber.

Turkish Police Detain 41 ISIL Suspects Ahead of G20 Antalya Summit
Police in the Turkish port city of Ordu were alerted by worried locals to the presence of a would-be suicide bomber wearing a burka, only to find that the married man had chosen the disguise in order to go incognito to a date he arranged on the internet.

According to local media reports in Turkey on Sunday, the burka-clad individual raised the suspicions of people waiting at a bus stop after he started talking on the phone. Their suspicions were confirmed when they looked at his feet, and saw men's shoes.

The worried locals called the police, in fear of a possible suicide bombing attempt.

Turkish Prime Minister Thanks Supporters for AKP Victory in Snap Elections
The police took off his chador and detained him for questioning, the Dogan news agency reported. During police interrogation, he revealed that he was married, but had arranged a first date on an internet dating website.

He had decided to wear the full-length black robe and niqab head covering so as to not be recognized on his way to the date, he explained.