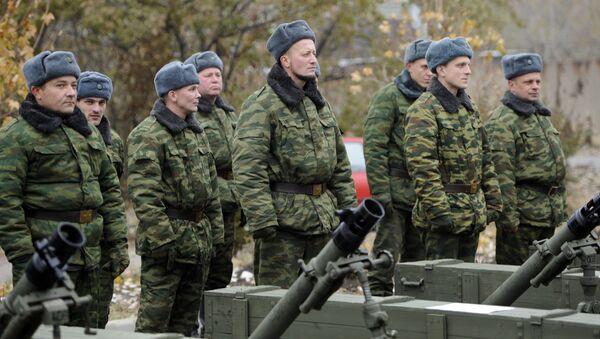 The Lugansk People's Republic fully completed the removal of weapons and military equipment from the 15-km [9-mile] security zone ahead of schedule in eastern Ukraine, according to the deputy chief of staff of the LPR people’s militia.

In October, the LPR started to withdraw artillery of less than 100mm caliber from the line of contact.

"The Lugansk People's Republic has fully completed the removal of weapons and military equipment from the 15-km [9-mile] security zone ahead of schedule, thus the first Annex to the Minsk Accords has been implemented," Igor Yaschenko told RIA Novosti.

Normandy Quartet Notes That Arms Withdrawal in Ukraine Proceeds on Time
According to him, the republic has informed the representatives of the Organization for Security and Co-operation in Europe (OSCE) about that.

Ukraine's southeast has been engulfed in a conflict since April, 2014 as Kiev launched a military operation to suppress local militias in Donbass region.

In February, the warring sides signed a deal on Ukrainian reconciliation in the Belarusian capital of Minsk. However, numerous ceasefire breaches have been registered in Donbas since the Minsk peace deal was signed.