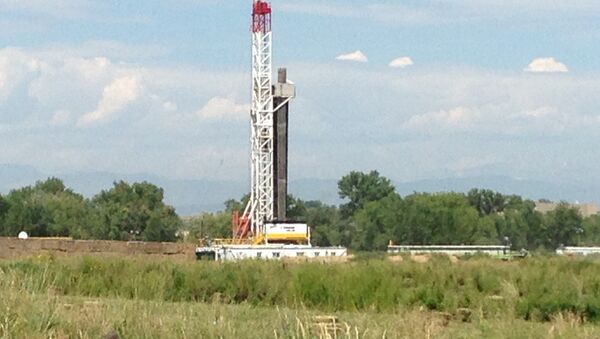 "[The petition ] is being delivered to world leaders around the world who are attending the climate talks in Paris calling on them not to support policies that allow fracking for oil and gas, and to support instead the swift transition to renewable energy resources," Wurth said on Tuesday.

Americans Against Fracking, a US advocacy group of which Food and Water Watch is a founding member, held the rally in front of The White House.

Rally Sends 350,000 Calls to Congress to Ban Fracking On Public Lands
Their goal is to deliver a global frack-down letter that urges US President Barack Obama and other world leaders to reject fracking to extract oil and natural gas as a solution to the global climate crisis.

"By doing this letter, we hope to demonstrate the growth of the international movement to ban fracking as the 1,250 groups who signed this letter is the strongest show of support for a ban on fracking to date," Wurth said.

Hydraulic fracturing — or simply "fracking" — is a technique of extracting shale gas and oil by injecting pressurized liquid into the ground. Some experts claim that the process endangers the environment through leakage of poisonous liquid materials into ground water.