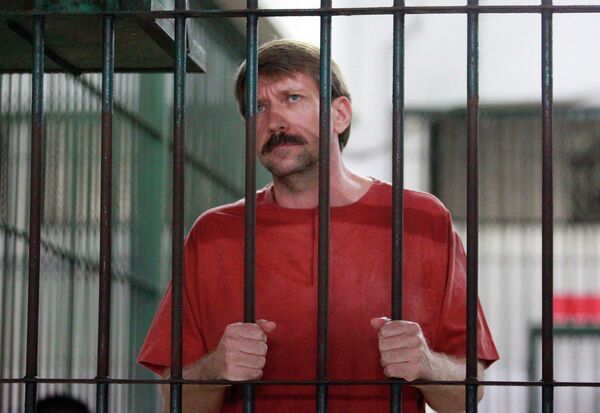 "There is no basis to make such a motion," Scheindlin said on Monday. "I don’t consider it new evidence."

On September 2, the UN Security Council amended sanctions against Liberia and removed nearly two dozen individuals from the sanctions list, including Bout, convicted by the US court in 2011 of conspiracy to provide arms to rebels for the purpose of killing US nationals.

"The jurors were likely persuaded by this," Tarasov said. "In the minds of the jurors it would in fact make it likely that he committed those crimes."

The US judge stated that the lifting of sanctions is irrelevant to the trial and does not constitute for an overturned conviction.

"It had nothing to do with the case at the time of the trial," Scheindlin said.

Scheindlin added that the court would be willing to hear additional evidence regarding the lifting of sanctions if Bout’s defense attorneys were able to provide any.

Tarasov told the court he submitted a request to the Russian Mission to the UN regarding an explanation as to why sanctions against Bout were lifted.