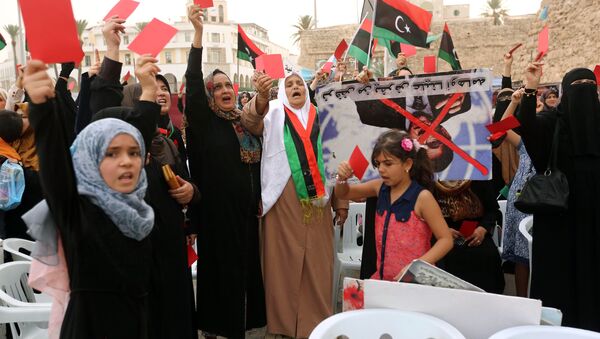 Officials from Libya's internationally recognized government have rejected a UN proposal for a power-sharing agreement as part of a unity government with Islamist rivals in a major blow to securing peace in the war-torn North African country.

The internationally recognized government, based in Tobruk in Libya's east, refused to sign the agreement to form a unity government, saying that the UN hadn't excluded amendments made by Islamist officials, which officials say were added without general consent from both parties.

Despite intense negotiations the deal was rejected, with Tobruk officials calling for an earlier draft to be reinstated.

The aspects of the agreement standing in the way of a deal was the amendment that would have given the unity government the ability to fire any senior Libyan officials not unanimously approved by all members.

Officials in Tobruk raised concerns that this was an attempt to remove the strongly anti-Islamist army chief General Khalifa Hifter from his post, with the general's forces fighting against various rebels, including Islamist militia groups, for more than a year.

While the Islamist-led government, based in Libya's capital of Tripoli, didn't officially reject the deal, officials have also raised concerns, saying that "signing it would lead to further complications."

The government in Tripoli is understood to be concerned that the deal doesn't provide guarantees that Islamic law will be implemented.

The rejection of the power-sharing proposal is a blow for not only the UN, but also western attempts to try and bring peace to Libya.

The country has been embroiled in conflict since 2011, when the US, UK and France took part in a bombing campaign that allowed anti-government forces to eventually topple former leader Muammar Gaddafi.

In September 2011 UK Prime Minister David Cameron — on a tour of the country — claimed Libya had turned a page for the better.

"It is great to be here in free Benghazi, and free Libya," Mr Cameron said.

"Your city was an inspiration to the world as you threw off the dictator and chose freedom. People in Britain salute your courage."

However, following western intervention, Libya fell into a state of lawlessness, with armed groups carrying out widespread human rights abuses. Many blamed the chaos on western forces for their lack of an exit strategy following the bombing campaign.

Tensions between the internationally recognized government, elected in 2012, and Islamists increased, eventually leading to bloody armed conflict, which resulted in Islamist forces capturing the capital of Tripoli and forcing the existing government officials to flee to Tobruk, where from they have been controlling the parliament ever since.