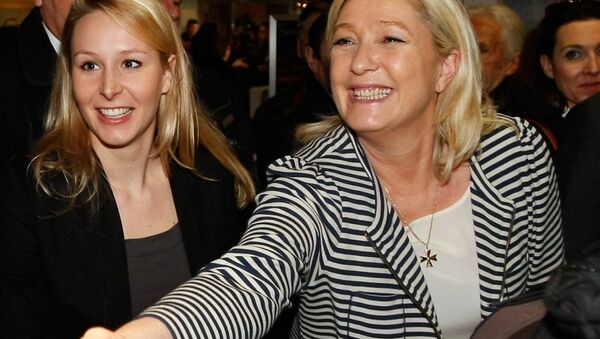 The niece of Marine Le Pen, president of the right wing Front National is poised to win power in the southeast of France, according to opinion polls which show the party cashing in on the unpopularity of French President Francois Hollande.

Marion Marechal-Le Pen, France's youngest lawmaker has won the support of 37 percent of voters for the presidency of Provence-Alpes-Cote d'Azur, with 34 percent supporting Christian Estrosi, the mayor of Nice, according to an opinion poll commissioned by Le Journal du Dimanche.

Meanwhile, her aunt, Marine Le Pen is set to take her seat in the depressed Nord-Pas-de-Calais region, setting her on course to challenge for the presidency of France in 2017. She has seen a huge rise in the popularity of her anti-Europe, anti-immigration National Front party, spurred on by the deep unpopularity of Hollande and the continuing migrant and refugee crisis in Europe. 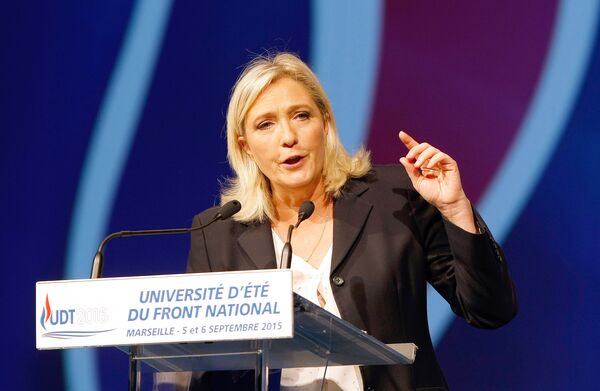 However, her reputation could be damaged in a court trial on October 20 in which she faces charges of anti-Muslim comments. She brought the party back from the extreme right — as promoted by her father Jean-Marie — and expelled extremists from the party in an effort to win more popular support.

But she is set to face trial for comments she made in 2010, in which she criticized Muslims who were praying in the streets because the mosques were full. She faces charges of "incitement to discrimination over people's religious beliefs," according to the prosecutor's office in Lyon.

She is alleged to have told a meeting in Lyon: "I'm sorry, but for those who really like to talk about World War Two, if we're talking about occupation, we could talk about that (street prayers), because that is clearly an occupation of the territory.

She reacted angrily to the charges, which she believes could damage her presidential chances. "It is a scandal that a political leader can be sued for expressing her beliefs," she told Reuters.

Her father Jean Marie courted similar controversy through the years. He was accused and convicted several times at home and abroad of xenophobia and anti-Semitism and made several provocative statements interpreted by the legal system as constituting Holocaust denial. 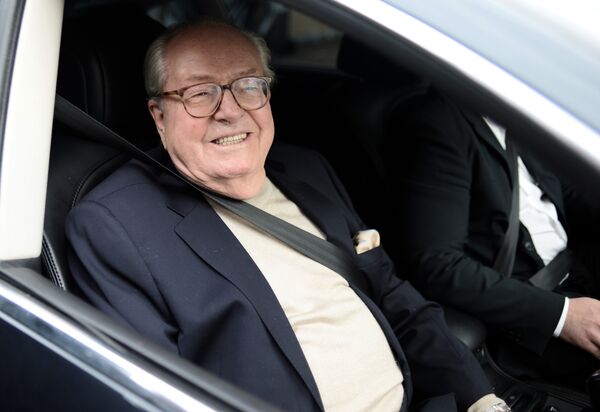 Eventually, in May 2015, he was suspended from the party, but he brought two legal challenges against the party, before finally being expelled in August 2015.