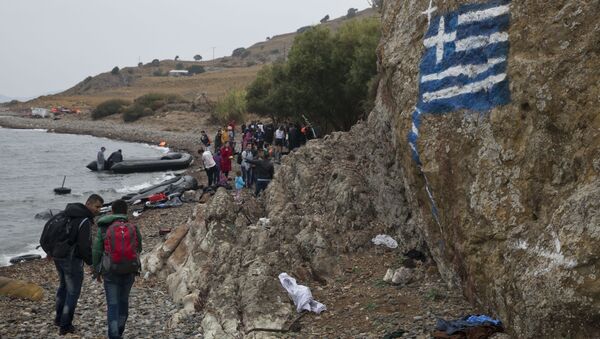 Over 472,000 refugees from the Middle East and North Africa arrived by sea to Greece since January, compared with 31,000 arrivals registered in 2014 during the same period.

MOSCOW (Sputnik) — The number of refugees who have crossed the Mediterranean Sea in 2015 to arrive in Greece is 15 times higher than last year, the International Organization for Migration (IOM) said Friday.

Over 472,000 refugees from the Middle East and North Africa have arrived by sea to the country since January, compared with 31,000 arrivals registered in 2014 during the same period.

Some 3,200 refugees are reported to have died at sea since the beginning of the year, due in part to bad weather and "the acute disrepair of the overcrowded vessels" used by human traffickers, according to IOM estimates.

Europe is struggling to manage a massive refugee crisis. According to EU border agency Frontex, over 710,000 people have arrived in the European Union in 2015, fleeing poverty and violence in their home countries.