Largest Jewish Fraternity Issues Warning to US Colleges Amid Violence 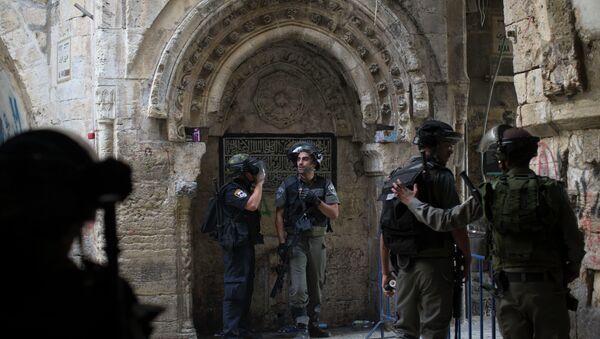 More than 180 college campuses have received warnings regarding a possible escalation of anti-Israel and anti-Semitic activity amid rising tensions in the Middle East, Alpha Epsilon Pi Fraternity (AEPi) Executive Director Andrew Borans said in a statement.

NEW YORK (Sputnik) — A wave of stabbing attacks and bombings hit Israel over the past weeks following clashes between Palestinians and Israeli security forces at the disputed East Jerusalem Temple Mount holy site.

"With violence against Israel once more on the rise, we are well-aware that such heinous actions often make their ways to our college campuses next," Borans stated on Thursday.

On Tuesday, three Israelis were killed and 17 were injured in shooting and stabbing incidents in Jerusalem, while five others were stabbed in two attacks in the central town of Raanana.

AEPi, the largest Jewish college fraternity in the United States, distributed the warning to all its chapters on college campuses to warn of possible acts of violence.

"Be cautious because we know now that many Jews have become targets on college campuses," Borans said.

AEPi also announced in 2014 it has hired a global security firm to manage and deter threats to college organizations.