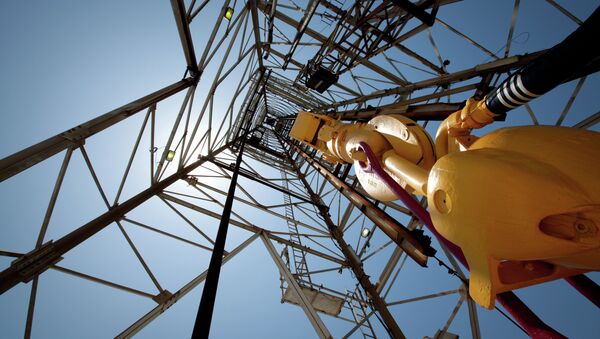 Israel has stepped up tensions over an offshore natural gas field in the Mediterranean island nation of Cyprus' economic zone, apparently threatening to break off energy cooperation between the two countries if its revenue sharing demands are not met.

Israel and Cyprus are on the threshold of a natural resources conflict as Israel has ramped up rhetoric in its diplomatic channel, claiming that part of an area being developed is Israeli territory.

Israel demands rights to revenues from the gas field and has threatened to pull its investors from the drilling project, Cyprus government sources told Sputnik, as around three percent of the gas field development allegedly lies in Israel's economic zone. Cyprus is an island nation in the Mediterranean Sea, about half the size of Israel and has a population less than that of the Gaza Strip.

"We're asking for what we're entitled to, according to accepted practice," a senior Israeli negotiator in the matter told Israeli business daily Globes.

Israel Discovers Enormous Oil Deposit in Occupied Golan Heights
Israel demands rights to revenues from the gas field, and threatens to pull Israeli investors from the project, according to sources in Cyprus. The disagreement between Cyprus and Israel also threatens to disrupt cooperation in energy projects that the two countries have enjoyed in the past.

Israeli Energy Minister Yuval Steinitz was invited to pay a visit to Cyprus to discuss energy cooperation between the two countries, and is expected to arrive next week.

Cyprus sources told Sputnik that the country's officials are open to dialogue with Israel to overcome the new crisis and hope that disagreements around the project would be overcome in next week's negotiations between the two countries.

Israel has made considerable advances in achieving energy independence in recent years, particularly through offshore drilling. It also recently discovered an oil deposit in the Golan Heights, a Syrian territory it occupies, which could potentially make it self-sufficient in oil.