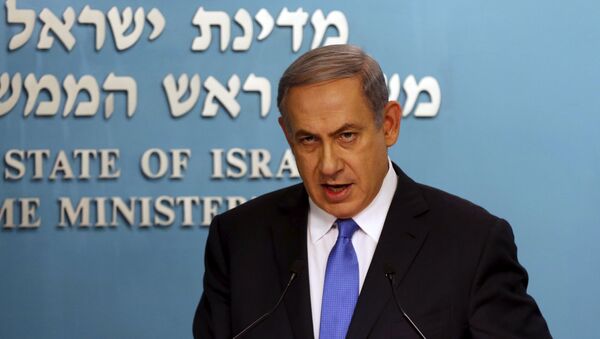 Israeli Prime Minister Benjamin Netanyahu said his government is working on a series of "aggressive steps" after at least three Israelis were killed by Palestinian attackers Tuesday in the bloodiest day yet in a recent wave of violence.

"We will use and not hesitate to use all means at our disposal to restore calm," he said in a speech to parliament. "I'm sure the steps we will take will let the other side know that terror doesn't pay."

Earlier Tuesday, a pair of stabbing and shooting attacks in Jerusalem killed three Israelis, the Associated Press reported. Eight Israelis and 27 Palestinians have died in a month of Israeli-Palestinian unrest.

A Palestinian was also killed on Tuesday in clashes in the West Bank city of Bethlehem, Agence France-Presse reported.

In East Jerusalem, one Palestinian with a pistol and another with two knives attacked bus passengers, assaulting some 15 people, police said, according to AFP. Two Israelis were killed, and around 10 were wounded, medics and police said.

One attacker was fatally shot and the other was wounded.

In another attack – this one around the same time in an ultra-Orthodox Jewish area of the city – a Palestinian rammed a car into people at a bus stop and jumped out with a knife. At least one person was killed and eight wounded, medics said. The attacker was shot and later died, police said.

A spokesman for Hamas, the Islamist movement that controls the Gaza Strip, called the attacks "heroic" and said the "intifada is intensifying."

Netanyahu on Tuesday said Israel would use "all means" available to end Palestinian violence and that new security measures were planned, the AFP reported. He warned Palestinian President Mahmoud Abbas that he would hold him responsible if incitement led to more unrest after nearly two weeks of violence.

Netanyahu left a meeting of senior security officials to address Parliament, then returned to the talks, according to the AP.