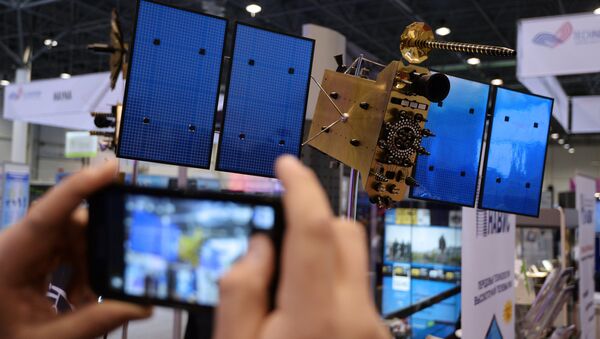 “We understand that we should develop the whole product line that we are planning to implement jointly on the territories of Russia, China, EEU countries as well as SREB states. This chipset will form the basis of these countries’ navigation branches,” Alexander Bondarenko said.

“This will be a multisystem solution that will receive signals of all the global and regional satellite constellations,” Bondarenko said.

In order to design the module a special joint center will be created in Skolkovo technology business area near Moscow.

“We propose to place the design-center in Skolkovo, because of its preferential tax regime. Furthermore, we have an agreement to construct Glonass technological park in Skolkovo. When the product will be finished, its manufacturing will be allocated on the Chinese territory,” a Glonass Union official said.

According to Bondarenko, preliminary technical requirements have been worked out and the budget of the project was estimated at $10 million.

“Preliminary estimate — $10 million in two years. At the same time we are planning to address to the Chinese and Russian development institutions [for assistance]. Chinese institutions have already indicated their willingness to participate [in the project]. We have already started negotiations with the Russian Direct Investment Fund and Vnesheconombank,” he added.

Glonass Union is a non-profit partnership promoting the Russia-developed global navigation system Glonass throughout the world.

The Eurasian Economic Union includes member-states Russia, Kyrgyzstan, Armenia, Belarus, and Kazakhstan. It is an integration association, to streamline the flow of goods and services between its member countries.

The SREB includes countries situated on the ancient Silk Road route, connecting Central Asia, West Asia, the Middle East and Europe. The projects related to the SERB are intended to connect China with Europe and strengthen economic ties between Asia, Europe and the Gulf states.