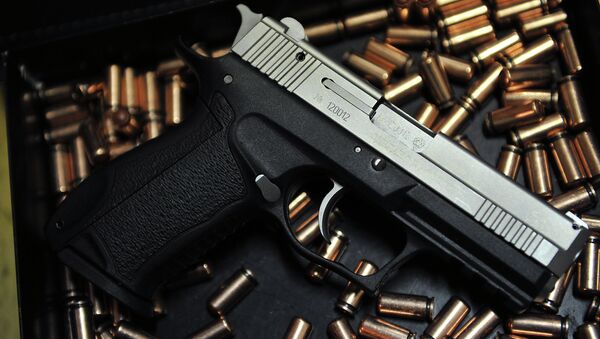 It’s been a blazing-hot summer for gun sales which in September hit a record high for the fifth month in a row.

Armed in the USA: Guns Sales Skyrocket in June
Meanwhile, major gun manufacturers such as Smith & Wesson (SWHC) and Sturm Ruger have seen their stock value nearly double since the beginning of 2015.

Gun sales have been on the rise as President Obama pushes for stricter gun control and anti-gun activists call on Democratic presidential candidates to seek tougher gun restrictions.

“We are seeing new record highs in gun sales due to the increased anti-gun rhetoric from Democratic candidates like Hillary Clinton,” said Alan Gottlieb, founder of Second Amendment Foundation. “Their push for new restrictions on gun ownership is fueling gun sales. If they really want fewer guns in private hands they should consider what happens every time they open their mouths. The talks of tighter gun control generally go nowhere.”